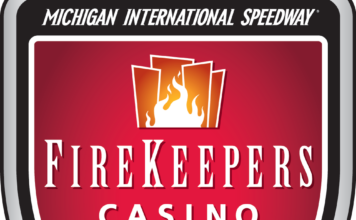 BROOKLYN, Mich. (August 7, 2022) – Bubba Wallace finished second in Sunday’s NASCAR Cup Series race at Michigan International Speedway after starting from the pole and leading 22 laps (of 200). Wallace was followed to the checkered flag by his Toyota teammate and team owner, Denny Hamlin in the third position. Martin Truex Jr. (sixth) and Ty Gibbs (10th) subbing for Kurt Busch also brought their Camrys home in the top-10.

What was going through your mind when you pulled down pit road and sat in your car for a few extra minutes after finishing second?

“Replaying everything I could have done – should have taken the top on the restart. Thought I could hang with the 4 (Kevin Harvick) and just got to racing the 5 (Kyle Larson) and the 22 (Joey Logano). 22 did a great job of getting another Ford contract by helping another Ford win. All in all, an incredible weekend. Appreciate my team. Wish we could have gotten Toyota in victory lane. Wish we could have got McDonalds in victory lane again. She was fast all weekend. I will wear this one on my heart for a while. I failed everybody.”

What could you have done differently on the restart?

“Got clear of the 5 (Kyle Larson) sooner. He was doing his part staying on my quarter there and keeping me tight and allowed the 4 (Kevin Harvick) to get away. Could have taken the top and pushed the 4 and then I could have been the 5 in that center area. Hate it. Hate it for our team. Sucks.”

What did your crew chief and Denny Hamlin say to you post-race?

“Just great job all weekend. It was a hell of a job for our team. There were a lot of positives from this weekend, but I’m a person that looks more at the negatives and I need to change that. I want to win so bad and this was the best opportunity.”

How frustrating is this finish after having such a strong race car?

“It’s just frustrating. We’ve had really fast cars throughout the year and Dover comes to mind and Pocono comes to mind and this race comes to mind and a bunch of others. Just cant get a W in the column. Hats off to Joe Gibbs Racing for giving me a car that fast and my team for setting it up really good. This is a piece of the puzzle you have to have to win races. Everyone has to do their job to the best of their ability and we just are lacking in one little section of our team that we just can’t hem up.”

How do you move on from here to make those needed improvements or adjustments?

“I’m not sure. I’m not really sure how you fix it. I’m not smart enough to run the department to fix it. I just hope that we make strides and keep getting better. It’s just frustrating when you have fast cars like our Toyotas did this weekend, there’s just absolutely no excuse for not winning. We’re the ones that have to look each other in the face on Monday and figure out how we just keep doing this. Hopefully we can make it constructive and continue to get better, but obviously it’s disappointing.”

What did you say to Bubba Wallace at the end of the race on pit road as he was obviously emotional about not getting the win today?

“Just great job all weekend. He (Bubba Wallace) did a great job and Ty (Gibbs) did a great job. The whole 23XI team just did a phenomenal job from beginning to end and they gave him a rocket. This was a well put together weekend for all of them. It’s Dave Rogers, it’s Mike Wheeler, it’s Billy Scott helping setup both of these cars. It’s just a lot of puzzle pieces that those guys are starting to do right and have good results.

What happened in front of you that ended in you being taken out of the race?

“Just chaos ensued on the restart there and I don’t know what started it, but the 10 (Aric Almirola) got spun in front of me and then I got wedged between him and the wall. When you get back there, things happen on restarts especially when you have guys that stayed out and don’t have tires versus those that have four tires. Was not really in a hurry and knew we were coming to stage points in another 40 laps or so and it was going to be a long run to get there and then we all just crashed.”

What happened that ended your day following the restart?

“Just was trying to bide my time and knew we weren’t necessarily going to need to be in a hurry there to get points at the end of that stage. It was going to be a 40-lap run and it was going to be plenty of time to get back up there because we had a really fast car – had a really fast Interstate Batteries Camry, it was looking really good for the day and obviously not a good result. Just got squeezed between the 10 (Aric Almirola) spinning and myself and the fence. Just don’t get it man, just can’t buy a break right now.”

What is the level of frustration right now?