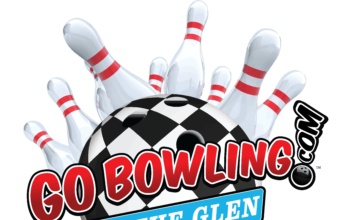 ● Cole Custer will make his milestone 100th career NASCAR Cup Series start when he and his No. 41 HaasTooling.com Ford Mustang for Stewart-Haas Racing (SHR) head to Watkins Glen (N.Y.) International for the penultimate road-course race of the season, Sunday’s Go Bowling at The Glen.

● Sunday’s 90-lap race will be Custer’s second on the seven-turn, 2.45-mile Watkins Glen circuit and his 14th Cup Series start on a road course. Custer equaled his career-best Cup Series road-course finish of ninth in the July 31 event on the Indianapolis Motor Speedway circuit. He also finished ninth in the October 2020 race on the Charlotte (N.C.) Motor Speedway Roval.

● The 24-year-old from Ladera Ranch, California, started 19th and finished 18th in his Cup Series debut at The Glen last year, while the annual August event during his Rookie of the Year campaign in 2020 was cancelled due to the COVID-19 pandemic. Custer also has raced at The Glen three times each in NASCAR’s Xfinity Series and K&N Pro Series East.

● Custer’s three NASCAR K&N Pro Series East races at The Glen included finishes of fifth from the pole and third from the inside-second-row starting spot in his two most recent visits in 2015 and 2016, respectively. He led 17 laps in the 2015 event.

● Prior to his ninth-place finish at Indianapolis four weekends ago, Custer qualified 10th and finished 15th in the July 3 race at Road America in Elkhart Lake, Wisconsin. He posted stout qualifying efforts in the season’s first two road-course races – third for the March 27 event at Circuit of the Americas (COTA) in Austin, Texas, and sixth for the June 12 race at Sonoma (Calif.) Raceway – but late-race, multicar chaos foiled his bids for finishes deep inside the top-10 at both events.

● In NASCAR Camping World Truck Series competition, Custer has top-10s in all three of his road-course outings, all at Canadian Tire Motorsport Park in Bowmanville, Ontario. His best was his most recent, a second-place run from the pole with a race-high 39 laps led in the No. 00 JR Motorsports entry in 2016.

● Riding along with Custer and his SHR Mustang is team co-owner Gene Haas’ newest holding, Haas Tooling, which was launched as a way for CNC machinists to purchase high-quality cutting tools at great prices. Haas cutting tools are sold exclusively online at HaasTooling.com and shipped directly to end users. HaasTooling.com products became available nationally in July 2020. Haas Automation, founded by Haas in 1983, is America’s leading builder of CNC machine tools. The company manufactures a complete line of vertical and horizontal machining centers, turning centers and rotary tables and indexers. All Haas products are constructed in the company’s 1.1-million-square-foot manufacturing facility in Oxnard, California, and distributed through a worldwide network of Haas Factory Outlets.

Cole Custer, Driver of the No. 41 HaasTooling.com Ford Mustang for Stewart-Haas Racing

You equaled your best career Cup Series road-course result of ninth at the previous road-course race at Indianapolis. What are your thoughts as you head to Watkins Glen this weekend?

“Watkins Glen’s always been one of my favorite road courses just because there’s so much flow to the racetrack and how fast it is. It’s pretty much hammer down the whole time and it’s just one of those places where you can really feel the flow of the racetrack and how each corner connects with the next one.”

Do you have a favorite part of the track at Watkins Glen?

“I think it’s the esses, going through there almost wide open with guardrails on either side. It’s almost a sketchy part of the track, but it’s fast and it’s fun. I think it’s definitely one of my favorite parts of the track where you can really get after it and carry a lot of speed.”

How would you evaluate the road-course program at SHR?