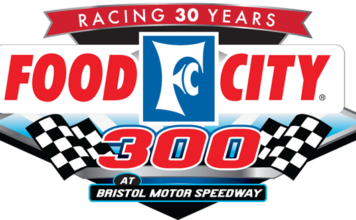 · The traditional weekend schedule returns this weekend with practice and qualifying on deck for Friday in group format, which will determine Saturday’s lineup.

· This weekend also marks Buescher’s 250th start in the Cup Series overall, as he’s in his seventh full season and eighth overall.

· Buescher made five Xfinity Series starts at Bristol with three top-10s and a best finish of third (2015).

· Graves will be on the box for his 12th Cup race from Bristol, and has a career-best finish of ninth with Ryan Newman in 2019.

· He called seven Xfinity races for a combined three drivers, leading Buescher to a third-place finish back in 2015 in his Championship season, one of his three top-10s overall at the track.

QUOTE WORTHY
Buescher on racing at Bristol:
“This is one of, if not my favorite, race track we go to, so I’m pumped up to get to Bristol and race under the lights in what is one of our best events annually. We’ve continued to show improvements week over week, and know that this is one we’ve had circled for months as we work on our short-track program. I’m looking forward to it.”

Last Time Out
Buescher overcame a three-lap deficit after making contact with the wall and pitting under green to finish 15th at Kansas.

Fastenal, in its 12th season with RFK in 2022, makes its 15th appearance with the No. 17 this weekend. In its early days with RFK, Fastenal originally was a partner with the No. 99 team before moving over to the No. 17 team since. They were also the primary partner on the No. 60 Xfinity Series entry that captured the owner’s championship in 2011.

For more information on these suppliers, visit Fastenal.com, and stay up-do-date on social @FastenalCompany.