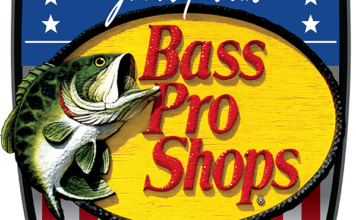 ● Chase Briscoe, driver of the No. 14 Magical Vacation Planner (MVP) Ford Mustang for Stewart-Haas Racing (SHR), is on a mission to conquer The Last Great Colosseum Saturday night in the Bass Pro Shops Night Race at Bristol (Tenn.) Motor Speedway. Briscoe heads into the final race of the first-round of the playoffs 15th in the standings, nine points below the cutoff line to advance to the Round of 12. He began the playoffs with a 27th-place result at Darlington (S.C.) Raceway after being caught up in an accident early in the race. Last Sunday at Kansas Speedway in Kansas City, Briscoe looked to be on pace for a top-five finish until he was held up during a pit stop and lost several positions. Though the No. 14 MVP Ford Mustang was fast, Briscoe was unable to work all the way back through the field and finished 13th.

● Briscoe started 20th and finished 13th in last year’s night race at Bristol, his first Cup Series start on the concrete surface. He was the third-highest-finishing non-playoff driver in one of his stronger performances of the season. It was a reminder of the success Briscoe had found at Bristol in the NASCAR Xfinity Series just the year before.

● In September 2020, Briscoe claimed his first Bristol Xfinity Series victory after leading only 11 laps. It was his sixth Xfinity Series start at the Tennessee short track. The Mitchell, Indiana, native also has two NASCAR Camping World Truck Series starts there – one on the traditional concrete surface in which he earned a 12th-place finish in 2017, and one on the dirt surface in 2021 resulting in a top-five effort.

● The last time the Cup Series visited Bristol, when the track was covered with dirt for the April 17 race, the 27-year-old racer put on a show but ultimately ended up with a roughed-up No. 14 Ford Mustang parked last on pit road. Briscoe started fourth, won the second stage and led a total of 59 laps. He was closing in on leader Tyler Reddick in the final laps before attempting a slide job exiting turn two. Briscoe was unable to clear Reddick and collected him when the No. 14 spun in the bottom groove, handing the win to Kyle Busch. Briscoe was credited with a 22nd-place finish.

● MVP was founded by Jamie Ane Eubanks alongside her husband JJ, a former professional basketball player, as a storefront travel agency in 2006. Today, it is a company that provides one of the best vacation planning services in the industry. It operates through three branches: MVP Parks, MVP Cruising and MVP Getaways. The company provides its exclusive and personalized, stress-free planning service at no additional expense to its clients, making the extensive array of Disney options and add-ons easy to understand and navigate. MVP actively seeks savings for its clients, monitoring early-morning releases of discounted room or vacation packages while also scouring existing reservations for price drops to where they can modify an existing reservation at the newfound lower price. MVP will also plan a family’s itinerary, expertly navigating Disney’s Genie+ and Lighting Lane systems to maximize resort and park times by avoiding long lines while also securing those premium Disney dining experiences that include coveted character meetings.

You’re only nine points below the cutoff line as we head into this weekend. What will it take to advance to the next round?

“A clean race. Bristol is chaotic and unpredictable. Nine points above the cutoff line would be a lot better than nine below, but either way we’d have to go in and have a good race with some stage points and no mistakes. So, I don’t think it makes much difference. We know we can do it, we’ve just got to avoid the chaos and I feel like we can go there and get some stage points and be in good shape.”

This will be the first time in the Next Gen car at Bristol on the concrete surface. Is there any information that can be carried over from last year, or from the dirt race in the spring, to help preparation for Saturday’s night race?

“No, I don’t think there’s anything that you can use. We know what racing at Bristol is like. It’s a fast short track with a lot of banking and guys trying to figure out how to make passes without a lot of time to figure it out. You typically have to put yourself in a position you may not want to be in to get where you want to be. But as far as what we do with the car, I think we’ll have to rely a little on what we’ve seen at some other tracks this year and a lot on sim data. This car has shown it races a lot differently than what we’ve had in the past and you definitely can’t compare to anything that happened in the dirt race.”

Does that make you nervous with this being the cutoff race for the first round?

“I don’t think so. I’ve done well at Bristol, it’s one of my stronger tracks, and I enjoy racing there. I think we’ve done well on the short tracks, which is definitely not my strength. We certainly can’t afford to have a bad race and we’ll need to be aware of what is going on with other guys. You’ve got to be focused on running your race just as much as you’re trying to stay out of other people’s messes, and things happen quickly. We’ll have to do that without compromising our chances of moving on. I feel good about it, I know the guys on this team are going to give me what I need and I’m excited to get to Bristol.”