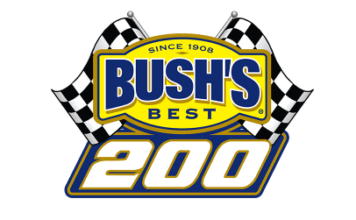 After exiting Sunday’s rain-postponed Kansas Lottery 150 at Kansa Speedway with a wrecked No. 35 CB Fabricating Ford Fusion, Van Alst wasn’t sure if he would be able to keep his full season of competition intact but the team is thriving on the popular American English proverb “when the going gets tough, the tough get going” to compete in Thursday night’s Bush Bean’s 200.

“All I know is it definitely made a dent in what we are trying to accomplish, but we thoughtfully put together a plan that I think will work that will allow us to get to Bristol this week and then just hope for the best.”

Van Alst was hoping to take the Kansas Speedway car to Bristol (Tenn.) Motor Speedway but will instead repair the heavily-damaged Du Quoin car to prepare for 200 laps of battle Thursday night.

“This is our best option at this point,” admitted Van Alst. “We were waffling back and forth on whether we would try and convert our road course car to a short track car or just do our best to repair our Du Quoin car and it just made sense to go to Bristol with the car that had the right parts and pieces,” Van Alst explained.

“We don’t want to use the Daytona car either, so this is our best option and we’ll spend the time getting prepared the best we can and then go to Bristol and just see what happens.”

Bristol is a race that Van Alst has circled on his calendar since he announced in January the team’s intentions of running the full ARCA Menards Series schedule.

Now, Van Alst will head to one of his favorite race tracks at a disadvantage but is hoping for motivation, perseverance and a little luck helps deliver his 10th top-10 of the 2022 ARCA Menards Series season.

“It doesn’t get better than Bristol,” explained Van Alst.

﻿“I’ve been in love with Bristol ever since I’ve raced there in a Super Late Model and we almost won. I thought having the opportunity to come back in an ARCA car would be one of our best shots at winning in an ARCA race.

“Last year though we were plagued by brake issues and this year, we’re battling more gremlins. There is no quit in our team though. We will come, we will fight and leave nothing on the table.”

Following Bristol, Van Alst welcomes a small but much-needed break to allow his Anderson, Ind.-based team to focus on the two remaining short tracks this year.

“We’ll have a small break to regroup and prepare for the final two races of the 2022 ARCA season at Salem and Toledo.”

Chris Barkdull’s CB Fabricating, a longtime partner with Greg Van Alst Motorsports has boosted its commitment to the team and will continue its role as the primary marketing partner of Van Alst’s No. 35 Ford Fusion.

Their 26,000-square-foot facility allows them to service the needs of many different industries. Everything from the Automotive, agricultural, aquatic, medical, transportation, electrical enclosures, and much more.

“Through the trials and tribulations of our 2022 ARCA Menards Series season, we’ve tried to approach each race with a positive attitude and with extreme grace because of the support of CB Fabricating and Chris (Barkdull),” Van Alst mentioned.

“With every race complete, even if it is not the finish we are hoping for, it’s a small victory for our team knowing the large mountain that is still left to climb to celebrate in Victory Lane eventually.

“Bristol can be somewhat of a wild card race, but I’m thankful and the team is extremely appreciative to have the support of Chris and CB Fabricating.”

“Unfortunately, the championship appears out of our reach, so our focus will shift for these remaining three races to stay tucked up inside the top-five,” sounded Van Alst. “It is going to be tough to keep Sammy (Smith) behind because of the pace of his team right now and Toni and Amber are having solid runs too.

“I’d love to think that we can fight to third by the end of the season, I just don’t think it is realistic at this point but wherever we land – we will make it a priority to finish higher in 2023.

“This is a tough series and we are still proud of where we are at.”