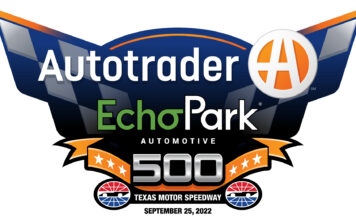 · Following one final lap to determine the starting lineup for tomorrow’s AutoTrader EchoPark Automotive 500; William Byron and the No. 24 RaptorTough.com Camaro ZL1 will lead the bowtie brigade to the green, qualifying in the third position with a lap of 28.601 seconds at 188.805 mph.

· Six Camaro ZL1’s placed in the top-five of the first round in their respective qualifying groups, securing a top-10 starting spots for the first race of the NCS Playoffs Round of 12 at Texas Motor Speedway.

· Tyler Reddick topped the leaderboard in Round One of Group A of qualifying. Joining Reddick in the top-five to advance to the final round of qualifying included Kyle Larson, who was second-fastest in his No. 5 HendrickCars.com Camaro ZL1.

· In Round One of Group B qualifying, Chevrolet drivers went 1-2-3-4 in their qualifying runs, led by William Byron and the No. 24 RaptorTough.com Camaro ZL1 team in the top spot. Also advancing to the final round of qualifying included Austin Dillon (2nd), Chase Elliott (3rd) and Daniel Suarez (4th).