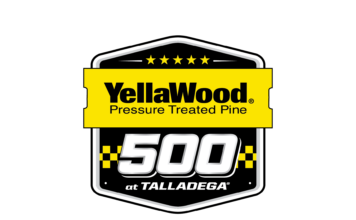 KYLE BUSCH
Nothing to Lose

HUNTERSVILLE, North Carolina (Sept. 27, 2022) – As the NASCAR Cup Series heads to Talladega (Ala.) Superspeedway for Sunday’s YellaWood 500, Kyle Busch finds himself in an unfamiliar position.

The driver of the No. 18 M&M’S Toyota Camry for Joe Gibbs Racing (JGR) enters the 31st race of the season not among the remaining Round of 12 championship contenders for the first time in his career, as multiple engine issues during the Round of 16 have kept him from advancing.

While the premature end to his playoff run is disappointing, it brings a new dynamic to Busch and his M&M’S team this weekend as they’ll be less concerned about the unpredictability of superspeedway racing than the 12 remaining playoff drivers and teams who must protect or improve their points positions. Simply put, Busch and the No. 18 team are focused on one thing only – bringing home the win.

Doing that for the M&M’S team is always a tricky proposition at the mammoth 2.66-mile Talladega oval, where Busch has found fortune both good and bad. With lessons learned during his 18 seasons on the tour, the two-time Cup Series champion knows anything can happen at Talladega, where one lap, or even one corner, could change a driver’s fortunes quickly.

He has conquered Talladega just once in his career, his lone win coming in April 2008. The Las Vegas native knows the winner of Sunday’s 500-mile race will need to have a strong car and some good fortune at the longest track on the schedule, where the potential for huge, multicar accidents is always just around the corner.

So as the season heads into the homestretch, another unpredictable trip to Talladega looms, but Busch and his M&M’S team know they have nothing to lose as he aims for one thing and one thing only, to add to the win column on Sunday afternoon.

What is the key to pulling off a victory at Talladega?

“The key there is to somehow stay out of trouble, and hope we can do that with our M&M’S Toyota Camry. You stay where the pack is, generally, and we get up single file on the wall at times until it’s time to go, and you can pretty much run wide open every single lap. Everyone can run up on top of each other. When you get single file at the bottom, sometimes it’s hard to get a lane on the outside with enough good cars to get something going. It can be frustrating at times because of that. It also seems to still put on a good race each time we go there. If you can be a contender and stay in line on the bottom, you can make it a pretty easy and safe race. Normally, guys are not content doing that, so that’s when it starts to get crazy.”

Is it an advantage being a former winner at Talladega?

“It doesn’t matter at all. It’s such a crapshoot there in the last 20, 30 or 40 laps that you never really know who is going to win, what’s going to happen, and where the wreck is going to come from.”

Do you try and duplicate what worked at Talladega before?

“Yeah, I think so. I mean, there are obviously times when you feel like you want to push hard and go get a win or go get a better finish than where you’re currently running. But, you know you’ve just got to do what you can in order to let these races kind of fall into place, and sometimes it’s just worth taking the finish that’s coming to you and moving on and going to the next one. It doesn’t always help to push too hard, either, at times. There’s a balance there, for sure. It can also help to just sit back, relax and finish where you can, so we’ll see how it plays out for us. You just hope you have enough Toyotas running up front at the end to get any help. That’s what it comes down to a lot at Talladega, getting the help from your teammates, since it’s hard to do that on your own.”

● All in the Stats: Busch has one win, seven top-five finishes, nine top-10s and has led a total of 263 laps in 34 career Cup Series starts at Talladega. Busch’s average Talladega finish is 20.4.

● 224 and Counting: Busch will be aiming to add to his record 224 overall wins among NASCAR’s top three series this weekend at Talladega. In addition to his 60 Cup Series wins and 102 in the Xfinity Series, Busch has 62 wins in the Camping World Truck Series.