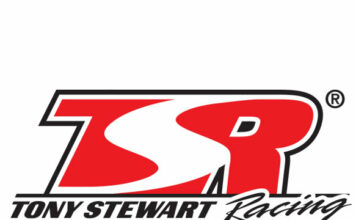 ● Advanced to semifinals on Sunday:

● Hagan advanced to the semifinals for the third week in a row.

● Hagan and Hight had their 43rd career meeting Sunday at St. Louis. It was the sixth time this season the two have competed against each other. Hight now leads 23-20 all-time.

“Gaining momentum in the Countdown has got to be one of the most challenging times of our season, so far. Last week, we pushed our machine harder than we ever had from a mechanical tune-up aspect and believed coming into St. Louis that we would find the edge. During our three rounds of qualifying, our Sparkling Ice +Caffeine machine was starting to become more reactive to our pushes and gaining improved, incremental times. We ultimately have not found a combination that works to qualify us lower in the field, which required .60s. We felt confident going into raceday that we had a reliable racecar that we could push a lot harder with, so we did. Our big moves did make our car deliver big ET improvements, as we improved our time to 3.71, but it wasn’t enough to beat out the Sarge’s (Tony Schumacher) 3.70. Our team’s package would have beat all but one other car in the first round. We ultimately were on the non-winning side of a very tight drag race. We are living in real-time the strength of this team’s commitment to delivering a highly competitive car and we have each other’s back while doing it. I’m so very proud of the quality of work my men put into this team, and we’re closer than we have been since Seattle to showing out. You can see that by the caliber of runs our competition puts up against us, knowing we’re right there.”

“We have a really great racecar that is going down the racetrack. We were on the good side of a tight drag race with Tasca this morning. We seemed to come up a little short when running the points leader, Robert (Hight). We have to have those rounds to win. If we weren’t trying hard, there would be reason to be mad, but we’re all trying as hard as we can. I really believe in my team. At this point, we have to kind of wait for Robert to mess up, so that we can capitalize on that. We have to tip our hat to him because he’s been running great all year. We are the same caliber team and capable of winning. Sometimes, it just has to be your day. I was really excited to bring Baja Vida Snacks out this weekend and bring something new to the NHRA with Tony Stewart Racing. It’s great for our sport and cool to have them as a sponsor in a new environment for them.”

The next event on the NHRA Camping World Drag Racing Series schedule is the Texas NHRA FallNationals Oct. 13-16 at the Texas Motorplex near Dallas. It is the fourth event in the Countdown to the Championship and the third-to-last race of the season.