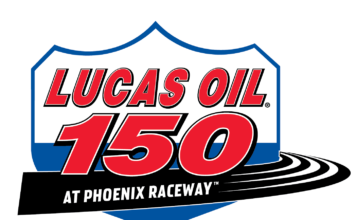 Quote: “We had a lot of speed in our Champion Power Equipment Chevy last night in Phoenix. The restarts are always chaotic there, and unfortunately we sustained some damage trying to run up front. Our crew was able to go and fix everything to let us go back out and compete, and we were able to come away with another top-10 finish to end the season. Proud of everyone for their work ethic throughout the entire season, and I’m excited to see the progress that we’ll be able to make over the off season to contend even more next year.”

Quote: “We didn’t have the run that we were hoping for with our Quick Quack Car Wash Chevy last night in Phoenix, but all in all I would say that the tenacity of our No. 24 team really shined throughout the entire season. I’ve had the opportunity to learn so much while driving for GMS Racing over the past two seasons, so hopping in their truck for the last time was definitely a bittersweet moment for me personally. I’m looking forward to what’s ahead in my career, but I can’t understate the appreciation I’ve had for everyone that’s worked with us all year. Thankful for the opportunities that we’ve had together!”