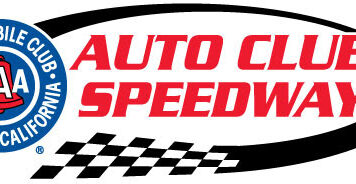 The Pala Casino 400 on Feb. 26, 2023, will cap a memorable ‘event for the ages’
RFK’s Chris Buescher to drive Pala Casino themed car at historic race

Auto Club Speedway announced today that the final race on its 2-mile track will be named the Pala Casino 400. The event, scheduled for Feb. 26, 2023, is the second race of the NASCAR Cup Series regular season and the highly anticipated follow-up to the DAYTONA 500.

Moreover, it is part of a partnership which makes Pala Casino Spa Resort the Official Casino of Auto Club Speedway. It also adds an additional boost of excitement to an already historic weekend in the Inland Empire.

In addition, Chris Buescher’s No. 17 RFK Ford will carry Pala Casino colors when the field takes the green flag for the historic event.

“Our fans will notice right away the enthusiasm Pala Casino brings to the table,” said Auto Club Speedway President Dave Allen. “They are determined to create an unforgettable experience for our fans, and we look forward to working with them to make this final race on the 2-mile oval an event for the ages.”

Pala Casino Spa Resort is certainly synonymous with excitement. It proudly bills itself as SoCal’s Entertainment Capital, which is not a stretch given that its Las Vegas-style casino includes an expansive gaming floor with over 2,000 slot and video machines, 78 table games, 9 restaurants and two lounges. The resort also includes the 2,000-seat Pala Events Center, outdoor Starlight Theater and luxury hotel.

Yet it’s Pala Casino’s passion for racing and race fans that make its partnership with Auto Club Speedway an unbeatable pair of aces for 2023 and beyond.

“As a casino that greatly appreciated competitive racing, Pala is thrilled to be the title sponsor of the Pala Casino 400 race in Fontana, and this historic final race at the Auto Club Speedway,” said Pala Casino spokesperson Coley McAvoy. “We value our new partnership with Chris Buescher and RFK Racing, as well as our continued partnership with NASCAR as we look forward to a very exciting event in February.”

Tickets for the Pala Casino 400 are on sale now at www.AutoClubSpeedway.com. Fans are encouraged to purchase them now, as demand is high for this historic final race on the 2-mile surface known for its five-wide racing and legendary winners. The NASCAR Xfinity Series will also compete one final time on the 2-mile layout on Saturday, Feb. 25.

Planning also continues for a new short track located on the current site, but details will be announced at a later date.

Located 50 miles east of Los Angeles in Fontana, Auto Club Speedway is California’s premier motorsports facility, hosting over 320 days of track activity each year including a NASCAR Cup Series weekend. The two-mile D-shaped oval is one of the fastest tracks on the NASCAR circuit. The Speedway is also home to numerous movie, television and commercial productions, photo shoots, new car testing, club racing and a variety of racing schools. For more information on events at Auto Club Speedway, call 1-800-944-RACE (7223), visit www.AutoClubSpeedway.com or download the new NASCAR Tracks App at www.autoclubspeedway.com/nascar-tracks-app/

RFK Racing, in its 35th season of competition in 2022, features an ownership lineup pairing one of the sport’s most iconic names, Jack Roush, along with NASCAR Champion, Brad Keselowski, and Fenway Sports Group owner John Henry. Roush initially founded the team in 1988 and it has since become one of the most successful racing operations in the world, propelling him to be the first NASCAR owner to amass three hundred wins and capturing eight championships, including back-to-back NASCAR Cup titles in 2003 and 2004. Keselowski, a former owner himself in the NASCAR Truck Series, joins the ownership fold while piloting the iconic No. 6 Ford, and brings to the team a championship mindset himself having won the 2012 NASCAR Cup Series Championship. In 2007, Roush partnered with Henry, who also owns Major League Baseball’s Boston Red Sox and English Premier League’s Liverpool F.C., to form Roush Fenway Racing. Off the track, RFK is a leader and proven winner in NASCAR marketing solutions, having produced multiple award-winning social media, digital content and experiential marketing campaigns. Visit rfkracing.com, and follow the team on all social platforms @rfkracing.