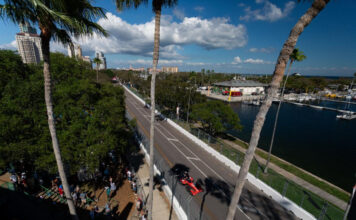 Tickets are available online at gpstpete.com or by calling 727-898-4639 with pricing starting at $125 for reserved 3-Day Grandstand seats and $65 for 3-Day General Admission. Additionally, junior pricing is available for fans ages 12 and under. Pit and Firestone Paddock Passes can also be purchased. Single-day tickets will be released for sale in early 2023.

For ticket pricing and event information, visit gpstpete.com or follow Firestone Grand Prix of St. Petersburg presented by RP Funding on social media using #FirestoneGP. Joining the E-Club also provides insider access to the latest news and offers. The complete weekend racing and festival schedule will be released in early 2023.