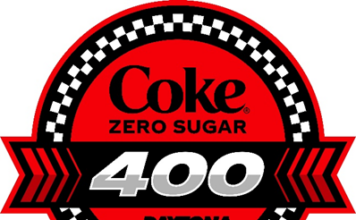 The summer classic, which will showcase drivers vying to secure their spot in the final 10-race battle for the NASCAR Cup Series championship, is set for Saturday evening, August 26. The last three Coke Zero Sugar 400s have delivered in dramatic fashion.

This past August, in a “must-win” situation, Austin Dillon passed DAYTONA 500 Champion Austin Cindric with three laps to go and held on for the victory to secure the final spot in the premier series playoffs. Tyler Reddick brought home his beaten and battered Chevrolet fifth in the 2021 Coke Zero Sugar 400 to take the final playoffs while in 2020, in another “must win” scenario, William Byron muscled his way to his first career Cup Series win and a guaranteed spot in the playoffs.

“The pressure to win the Coke Zero Sugar 400 continues to be incredibly immense as many drivers have to stretch the limits to make it in the NASCAR Cup Series Playoffs,” said Daytona International Speedway President Frank Kelleher. “Austin Dillon proved that again earlier this season. From the drop of the green flag until the pack comes through the trioval for the checkered flag, fans are constantly on their feet at the Coke Zero Sugar 400 with a level of excitement unlike anywhere else. We can’t wait for 2023.”

Guests for the Coke Zero Sugar 400 will have the opportunity to experience the edge-of-your-seat excitement in a state-of-the-art motorsports facility with amenities that includes thousands of premium club seats, 40 escalators and 17 elevators, 60 luxury suites, social “neighborhoods” and three concourse levels that span the nearly mile-long frontstretch.

The Coke Zero Sugar 400 will again feature NASCAR’s Next Gen car, which provided a host of competition records in 2022. The car put an emphasis on race strategies, team personnel and vehicle setups while returning the ‘stock car’ look to NASCAR.

Daytona International Speedway will open the 2023 NASCAR Cup Series with the 65th DAYTONA 500 on Sunday, Feb. 19. Tickets are extremely limited so fans are encouraged to get their tickets now.

Fans can stay connected with Daytona International Speedway on Twitter, Facebook and Instagram for the latest speedway news. For information on all events, visit www.daytonainternationalspeedway.com or call 1-800-PITSHOP.

About Daytona International Speedway
Daytona International Speedway is a state-of-the-art motorsports facility and was awarded the SportsBusiness Journal’s prestigious Sports Business Award for Sports Facility of the Year in 2016. Daytona International Speedway is the home of The Great American Race – the DAYTONA 500. Though the season-opening NASCAR Cup Series event garners most of the attention – as well as the largest audience in motorsports – the approximately 500-acre motorsports complex, also known as the World Center of Racing, boasts the most diverse schedule of racing on the globe. Some of the exciting racing events include January’s Rolex 24 At DAYTONA and Roar Before The Rolex 24, February’s DAYTONA 500 and Speedweeks Presented by AdventHealth, March’s Bike Week At DAYTONA Presented By Monster Energy, featuring DAYTONA Supercross and the DAYTONA 200, the August Coke Zero Sugar 400 weekend, and much more. The Speedway grounds are also used extensively for other events that include concerts (Welcome to Rockville, Heroes Honor Festival, etc.), sporting events (DAYTONA Soccer Fest, CLASH DAYTONA, etc.) civic and social gatherings, car shows, photo shoots, production vehicle testing and police motorcycle training.

Parmalee to perform pre-race concert at AMS on March 19