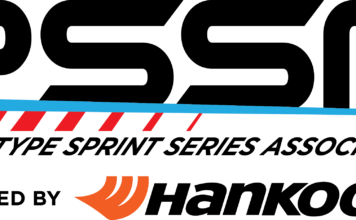 CHARLOTTE (January 23, 2023) – The Prototype Sprint Series Association presented by Hankook (PSSA) will be the newest motorsports series to join SpeedTour events in 2023. Founded by Parella Motorsports Holdings (PMH), the series is designed to host prototype race cars in a sprint race format at some of the most iconic road courses in America.

“We’re very excited to launch the Prototype Sprint Series Association presented by Hankook,” said Tony Parella, CEO of PMH. “This series will fill an important void and provide racers with another opportunity to get on track. Whether they’re looking to race close to home for just a weekend or compete for a national championship—there will be a place for everyone.”

Each PSSA weekend will consist of three 30-minute on-track sessions split between practice and qualifying, as well as two 30-minute feature races—one on Saturday and one on Sunday. Sanctioned by PMH, entrants will need a current SVRA Super License or equivalent to participate. The national champion will receive a $10,000 prize, in addition to several product awards.

PSSA will host a variety of Radical, Ligier, Revolution and Wolf Prototypes, and will mandate the use of Hankook racing tires.

“We’re very excited to have Hankook involved in the Prototype Sprint Series Association,” said Danny von Dongen, Chief Operations Officer for Hankook Motorsports. “We have great enthusiasm from our manufacturing partners, and we’re certain that excitement will be matched by the competitors. This will be an excellent opportunity to showcase the capabilities of Hankook tires on some of the most iconic circuits in America.”

Additional details regarding PSSA rules and classes will be announced in the coming weeks on the series’ new website PrototypeSprint.com. The 2023 PSSA season will kick off at the Mission Foods Atlanta SpeedTour, March 23-26.

November 2-5 – Circuit of The Americas

About Prototype Sprint Series Association presented by Hankook: Sanctioned by Parella Motorsports Holdings, the Prototype Sprint Series Association presented by Hankook (PSSA) is designed to host owners of Radical, Ligier, Revolution and Wolf Prototype race cars in a sprint race format at some of the most iconic road courses in America. PSSA offers the opportunity to race for just one weekend or compete for the national championship. Points will be awarded for each race with a national champion crowned at the conclusion of the season. The champion will receive a $10,000 prize, along with several other product awards.