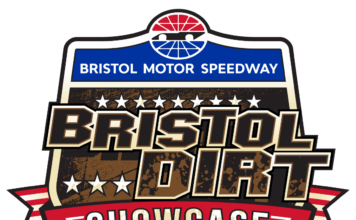 The Steel Block Bandit Late Model Series and the American All-Star Series will share the spotlight during the event and take to the clay high-banks of dirt-transformed Bristol Motor Speedway for a full day of Late Model racing action. It will be the season-opening race for the American All-Stars and the second race of the season for the Steel Block Bandits.

The 29-race American All-Stars Series holds feature races at 18 tracks, primarily in the Southeast and Midwest with cars that compete utilizing 604 Late Model crate engines that can be purchased directly from Chevrolet dealerships. Knoxville, Tennessee’s Hayden Cardwell is the defending series champion.

At the Bristol Dirt Showcase both series will be competing for a purse that offers a $5,000 winner’s share.

“We are looking forward to having these two new Late Model dirt racing circuits test their drivers on Bristol’s dirt-covered high banks,” said Jerry Caldwell, president and general manager of Bristol Motor Speedway. “This will be the first time this year that fans can come out and check out the Bristol dirt layout for 2023 and we are expecting thrilling races in both series.”

Pit passes for the Bristol Dirt Showcase can be purchased at BMS ticket windows on April 1. Pit passes are $40 for adults and $20 for kids 12 and under. In addition to infield access, Pit pass holders also will be able to access a designated section of grandstand.

About Bristol Motor Speedway
Forged amid the scenic mountains of Northeast Tennessee near the Virginia state line, Bristol Motor Speedway is The Last Great Colosseum, a versatile multi-use venue that hosts major auto races, football games, concerts and many other captivating events. The facility features a 0.533-mile concrete oval race track with 28-degree corner banking and 650-feet straightaways that offers racing in several NASCAR touring series, highlighted by two major Cup Series weekends each year. In 2020, the track also served as host of the prestigious NASCAR All-Star Race, and in 2021 began converting to a temporary dirt track each spring to take the Cup Series back to its racing roots. While at the track, fans are offered a unique viewing experience courtesy of Colossus TV, the world’s largest outdoor center-hung four-sided video screen with a 540,000-watt audio system. The adjacent quarter-mile dragstrip, Bristol Dragway, offers more than 50 events annually, including the marquee NHRA Thunder Valley Nationals. The Thunder Valley Amphitheatre presented by Ballad Health transforms Bristol Dragway into a premier outdoor concert venue for the world’s greatest music performers. Three football games have kicked-off inside the oval, most notably the 2016 Pilot Flying J Battle at Bristol, where border rivals the University of Tennessee and Virginia Tech met before an NCAA-record crowd of 156,990. In existence since 1961, Bristol Motor Speedway was purchased in 1996 by Speedway Motorsports, a leading marketer and promoter of motorsports entertainment in the United States.