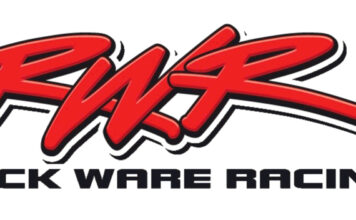 [/media-credit]Rick Ware Racing (RWR) is proud to announce that Jennifer Jo Cobb will be driving the #41 at the Auto Club Speedway for the running of the Royal Purple 300 on Saturday.

RWR and Cobb’s deal came together late Sunday after issues at Bristol forced her out of her recent ride in the NASCAR Nationwide Series.

“I don’t really want to get into the middle of all that happened at Bristol,” stated owner Rick Ware. “What I will comment on is that I have known Jennifer for years and she has worked hard to get where she is today. Nothing has been handed to her. She has shown she can race with the best this series can offer and I am glad that we can reach out and help her during this situation.”

Ware is no stranger to female drivers. In fact, RWR has fielded entries for Angie Wilson, Amber Cope, Chrissy Wallace and Kim Crosby, perhaps putting him as the leader in the NASCAR series’ for promoting women racers within the sanctioning body of NASCAR.

“I have had great success with female racers in my career, leading each one to their own personal career high finish in NASCAR. I have won two championships in the motocross series with a female and have competed in the X-Games as well in the women’s motocross division. They are tough as nails and Jennifer has proven that in her career and even more so this past weekend.”

Jennifer Jo Cobb will be team mates with her competitor for the Rookie of the Year championship with Timmy Hill in the #15 Ford Mustang.

“Most people would look at having two rookies in the same race as a conflict, but not us. Timmy and Jennifer are fierce competitors both on and off the track,” stated Ware. At Las Vegas, Hill challenged Cobb to a standoff at the autograph signing at the Stratosphere Hotel.

“I’m not going to stop signing until she does,” Hill laughed. The two rookies signed autographs until the lights were turned off and forced them to stop. “It’s a friendly rivalry between us that is a benefit to the fans at each event. She is a great driver and I look forward to her being in our camp this weekend at California,” stated Hill.

Action gets underway on Friday, March 25th at 4:40 pm EST with Nationwide Series practice. Qualifying is scheduled to begin on Saturday at 1:10am EST with the race at 5:30pm EST.