50 for Busch at Bristol; All-time winningest driver in Nationwide Series 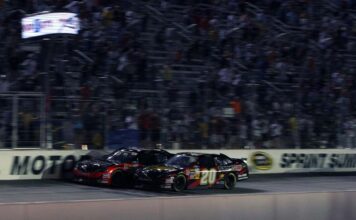 [/media-credit]The margin of victory was the smallest for a race at Bristol since the institution of electronic timing and scoring in ‘93.

“I did everything besides wrecking him. I wish I was in Victory Lane now instead of sitting here in second by like three inches,” Logano said.

Busch has won at least one race at 21 different tracks, with the most coming at Charlotte Motor Speedway (six).