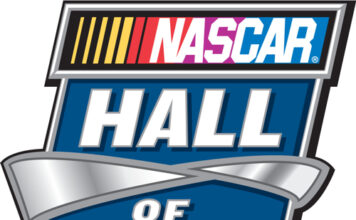 [/media-credit]25 worthy nominees, only five of whom will be inducted as the NASCAR Hall of Fame’s Class of 2013. Of them, I would think three would be rather easy decisions if I had the vote.

Rick Hendrick’s teams have claimed nearly 200 Cup victories, has 10 Cup championships as an owner, and this does not include the four titles he has claimed in the other two series nor the 48 races won in Nationwide and Camping World events.

Rusty Wallace ran second in his first ever Cup race, in Atlanta, back in 1980. He claimed the 1989 title, won 55 races, and was in the season’s Top Ten seventeen times. He is the winningest retired driver not yet in the Hall of Fame.

If I were to select the team owner to gain admission in 2013 it would be Leonard Wood. Around since 1950, the Wood Brothers made the #21 as notorious as the #43 and the #3 in NASCAR lore. While brother Glen entered the Hall last year, Leonard was the innovator who introduced the modern pit stop. Today it would be unthinkable for a pit stop to take minutes, where drivers would even shut off a car before getting out for a smoke, but it used to happen. Wood was even in the pits for Jim Clark’s 1966 Indianapolis 500 victory.

The other two spots in the Class of 2013 are not so easy to pick. All have contributed so much to the sport, and anyone who has studied much about the history of NASCAR knows most, if not all, of the names nominated. From the early days, back 50 years, legends such as Buck Baker, Red Byron, Tim Flock, Fred Lorenzen, Herb Thomas, Fireball Roberts, Curtis Turner and Joe Weatherly are contenders. You couldn’t go wrong with any of them. These are names that will forever be linked to NASCAR, both for what they did on the track and the stories they left from their exploits off it. I would expect at least one of the inductees will come from that list.

Come to think of it, I would guess if Bill Elliott had retired and stayed retired, his name would be among them. Among his peers, those who raced in the 1970s and 80’s, there is Bobby Isaac and Benny Parsons. Two inductees into the International Motorsports Hall were recognized. Jerry Cook is a six-time NASCAR Modified champion with 342 wins to his credit. Jack Ingram ran only nine Cup races, though claimed a Top Ten in four of them, is a two-time champion of what is now the Nationwide series and a three-time late model king.

Richard Childress began as a driver/owner, and in the forty years since he combined with his friend and driver Dale Earnhardt for six Cup championships. Along the way his teams have won 100 Cup races, and added 83 in the other top touring series. Cotton Owens won nine times as a driver and had 32 more as a car owner including the 1966 crown with David Pearson. Raymond Parks was the owner of Byron’s 1949 championship car.

The association with R.J. Reynolds Tobacco Company and the Winston Cup brought NASCAR into the modern era. Two executives, T. Wayne Robertson and Ralph Seagraves, are nominated. A pair of track owners made the cut. H. Clay Earles founded Martinsville Speedway in 1947, while Les Richter was president of Riverside International Raceway. He was also a former player with the NFL’s Los Angeles Rams, who picked up his rights by trading eleven players for him. Ray Fox was a legendary engine builder and owner, Anne Bledsoe France was the first NASCAR secretary working alongside her husband, Big Bill France. Wendell Scott was the first African-American to win a Cup race.

My prediction is that Hendrick, Wallace, and Wood will be inducted, at least one of the old-time Cup drivers, and the fifth choice is anybody’s guess. Let the debate begin.

Ron Thornton
A former radio and television broadcaster, newspaper columnist, Little League baseball coach, Ron Thornton has been following NASCAR on this site since 2004. While his focus may have changed over recent years, he continues to make periodic appearances only when he has something to say. That makes him a rather unique journalist.
Previous articleCHEVY NSCS AT TEXAS ONE — Jeff Gordon Press Conf. Transcript
Next articleSRT Motorsports — Dodge NSCS Qualifying Quotes – Samsung 500 – Texas