Why Did Matt Kenseth Leave? 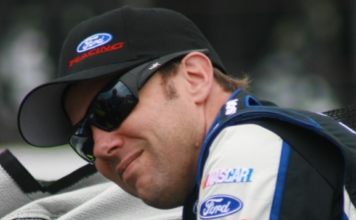 [/media-credit]As my father used to say, “I’d have liked to have been a little birdie”. We will probably never know what was discussed in that verbal intercourse between Jack Roush and his points-leading driver, Matt Kenseth.  But whatever it was saw one of the best drivers in the sport head for Joe Gibbs Racing (or so they say).

It’s an interesting phenomenon. Last year it was Roush driver Carl Edwards that the Gibbs organization coveted. Carl didn’t take the bait and stayed. This year it was Matt Kenseth and Matt moved on. I guess it’s flattering to the Roush organization that other teams are coming after their drivers, but losing a driver the caliber of Matt Kenseth is quite a blow. I have no inside information, but I think three factors led to Kenseth’s defection.

First was the sponsorship situation. It is unbelievable to me that a former champion who is always in the front of the field has no sponsorship while lesser teams with lesser drivers get enough money to run the entire season. Matt is low-key and less exciting for sponsors maybe, but it seems to be a problem with Roush-Fenway more often than not.  Rising star Trevor Bayne had to discontinue his Nationwide Series quest because sponsorship could not be found. If the truth were known, Roush has financed Ricky Stenhouse, Jr.’s Nationwide effort often. The fourth team, the famous No. 6, is without sponsorship. The future seemed to be iffy for Kenseth. If Gibbs is the place he lands, Home Depot is really a solid sponsor and Gibbs seems to find sponsors easily.

Secondly, Kenseth might have been looking for new scenery. As successful as he has been with RFR, the same old grind gets old. Staying with the same team for a decade makes one look at the grass on the other side. It may be greener. How often does a driver get the opportunity to go to a team with solid sponsorship that is competitive as the one you are leaving? Opportunity knocks but once, an old philosopher once said. Maybe Matt saw this as his last chance.

Finally, maybe it was the money. If the rumors swirling around last year are any indication, Gibbs offered a very lucrative package to Edwards to lure him away from Roush. Ford and RFR offered more and Edwards stayed. Maybe with the sponsorship problems (lack of resources) made it impossible to make a decent counter offer to Kenseth. Despite all the talk about it not being the money, it always plays a part in every equation. If that money also offers security, it would be hard to turn down.

So, Silly Season starts in earnest. With the first domino falling, surely others will follow. If the No. 20 is Kenseth’s destination, will Gibbs field a fourth car for Logano? That has been mentioned. Will Richard Childress shake up his organization? Will Penske stay with A.J. Allmendinger or will he look at another driver for his flagship No. 22 Ford next year? Will Richard Petty Motors stay with Ford or head back to Dodge? Will Dodge field any cars next year? Lots of questions, but with Silly Season happening earlier and earlier these days, most of those answers might come quicker than you think.

Ron Fleshmanhttp://www.ris-news.com
Ron Fleshman has followed NASCAR racing since attending his first race at Martinsville Speedway in 1964. He joined the Motor Sports Forum on the CompuServe network in the 1980s and became a reporter for Racing Information Systems in 1994. In 2002, he was named NASCAR Editor for RIS when it appeared on the World Wide Web as www.motorsportsforum.com. He can now be found at www.ris-news.com. Ron is a member of the American Auto Racing Writers and Broadcasters Association. You can find Ron following and reporting on the top three NASCAR divisions each week. As a lifer in his support of racing, he attends and reports on nearly 30 events a year and as a member of the motor sports media, his passion has been racing for 47 years. He lives with his family in rural West Virginia and works in the insurance industry when not on the road to another track.
Previous article
Ford Kentucky Friday Advance (Jack Roush)
Next article
Ky. Busch, Earnhardt Jr., Emerge as Quaker State 400 Favorites Following NSCS Kentucky Speedway Practice