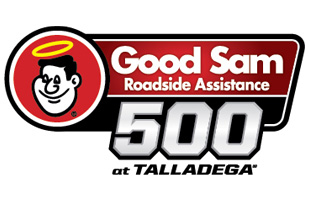 Tommy Baldwin Racing (TBR) will hit the high banks of Talladega Superspeedway this weekend. Dave Blaney will get behind the wheel of the No. 36 Golden Corral Chevrolet. David Reutimann will return to TBR and pilot the No. 10 CVP@TMone.com BPO Chevrolet.

TBR AT TALLADEGA – TBR made eight starts at the Alabama track since the team’s inception in 2009. Blaney started from the team’s best starting position of seventh in the 2010 fall event and collected the team’s best finish of third in last year’s fall event.

KEEPING UP WITH TBR – Keep up with TBR by following twitter.com/TBR_Racing and facebook.com/TBR.HBR.

Dave Blaney – No. 36 Golden Corral Chevrolet BLANEY AT TALLADEGA – Blaney will make his 22nd start at the superspeedway since his debut in 2000. He collected two top-fives: last season when he finished third in the No. 36 Golden Corral Chevrolet and in 2007 while driving for Bill Davis Racing, where he started from the outside pole and finished third. The Buckeye Bullet is ranked as the sixth fastest driver on restarts at the 2.66-mile racetrack.

KIDS EAT FREE – Blaney will once again compete for kids to eat free on Monday as he looks for a top-10 finish in the No. 36 Golden Corral Chevrolet. If Blaney finishes in the top-10, Golden Corral will offer a one-day “Kids Eat Free” promotion Monday, October 8. Details of the offer include a free kids buffet with an adult buffet purchase at regular price at participating locations and a limit of two (2) free kid’s meals per adult buffet purchased.

IN THE POINTS – The No. 36 team held onto the 35th position in the NASCAR Sprint Cup Series (NSCS) Owner Points. The team now trails the No. 32 by 23 points and is ahead of the No. 21 by 129 points. Blaney is 33rd in NSCS Driver Points. He is 22 points ahead of teammate David Reutimann and 48 points behind A.J. Allmendinger.

Dave Blaney Quotes: ON RACING THIS WEEKEND – “Talladega is one of the best tracks for our team. We feel like we have a good shot to win the race. I’m thrilled to have Golden Corral back on board and compete for kids to eat free on Monday. We made it happen last year with a third-place finish, so hopefully we can score another top-10.”

David Reutimann – No. 10 CVP@TMone.com BPO Chevrolet REUTIMANN AT TALLADEGA – The Zephryhills, Fla., native will make his 12th Talladega Superspeedway start this weekend. Reutimann tallied one top-five and four top-15 finishes while leading 27 laps in his 10 starts. He is ranked 13th among the field for the average running position at Talladega.

TMONE – The No. 10 CVP@TMone.com BPO Chevrolet will carry the Facebook and Twitter logos to further TMone’s social reach which has a exploded as a result of the company’s NASCAR sponsorships. TMone is also promoting the CVP@TMone.com email as an invitation to companies to contact TMone for a conversation or bid on domestic outsourcing. TMone specializes in business process outsourcing (BPO) and is in the business of augmenting and supplementing other companies human capital needs. TMone, recently announced the hiring of 400 more employees along with being on Inc. Magazine’s Honor Roll List of Fastest Growing, Privately-Held, American Companies for the last six years.

David Reutimann Quotes: ON RACING THIS WEEKEND – “I really like Talladega. It’s another one of my favorite racetracks. Most people don’t like superspeedway racing, but I really enjoy it. I’m looking forward to getting back behind the wheel of the No. 10 CVP@TMone.com Chevrolet.”

About TMone: TMone (pronounced T-M-one) is a leading in the USA call center business process outsourcing firm specializing in Customer Relationship Management (CRM), Software Integration, Inside Sales and Customer Service Selling (CSS). When it comes to business-to-business (B2B) and business-to-consumer (B2C) customer interactions, TMone is unsurpassed in its ability to provide best in class results in performance, cost containment, quality and client satisfaction. This approach has made it one of Corridor Business Journal’s Fast Growing Companies 4 years in row and one of Inc. Magazine’s Fastest Growing Private Companies in America six years in a row. Headquartered in Iowa City, Iowa with additional service delivery facilities in Des Moines, Iowa, Dakota Dunes and Spearfish, South Dakota TMone is now hiring.

About Tommy Baldwin Racing: NASCAR Sprint Cup Series (NSCS) Crew Chief Tommy Baldwin formed Tommy Baldwin Racing (TBR) in 2009. Baldwin utilized a declining economy to open a NSCS team with a stringent budget. The team worked to build to full-time competition, and by the 2011 season, the team’s third season, TBR competed in every race and locked the No. 36 Chevrolet in the top-35 in NSCS Owner Points. Dave Blaney drove the No. 36 Chevrolet to TBR’s highest finish of third in the October 2011 event at Talladega Superspeedway. TBR also fielded a second car for select races in the past two seasons with multiple drivers.

Based in Mooresville, N.C., TBR will compete in the NSCS in 2012 with NASCAR veterans David Reutimann and Dave Blaney. The team will also compete in the NASCAR Nationwide Series with Ryan Blaney, Bobby Santos and Ryan Truex.