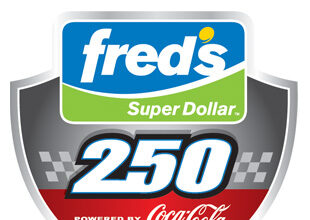 James Buescher, his team and the No. 31 Koike Aronson Ransome Turner Motorsports Chevrolet rolled into the biggest track on the NASCAR circuit. Just one point out of the NASCAR Camping World Truck Series (NCWTS) championship point standings lead, the team needed a clean race with their sights on the big goal: the championship. An amazing save by Buescher coming to the white flag kept him in position to avoid the carnage that took place behind him on the backstretch to bring home the No. 31 Koike Aronson Ransome Chevy in third place.

With just one practice on the schedule for the weekend, the Turner Motorsports team went right to work on single-truck runs. After getting comfortable with the balance of the truck, Buescher wanted to test out the ability to push and find the truck’s limits. The team would post a solid lap and finish up final practice in the second position and would become a threat to claim the Keystone Light Pole award. Coming up just short of that number one starting position, Buescher put the Chevy Silverado in the third starting spot for Saturday’s 250 mile race. .

Buescher and the 36-truck field would take the green flag in the fred’s 250 and quickly get into side-by-side pack style racing. Jockeying for position for the first couple of laps, the top-10 would eventually settle into a single file line. Buescher comfortably rode in the top-10 until the first caution flag fell over the speedway for a competitor’s blown tire on lap 15. Buescher would take advantage of the yellow flag and come down to the attention of the Turner Motorsports crew for a fuel only stop. Buescher would take the ensuing restart in the race in the fifth spot.

Making quick work off the restart, Buescher received a push on the top line all the way to the lead by lap 22. Buescher would keep the top spot for ten laps before another yellow flag came over the superspeedway for a spin in the third turn. Buescher led the field down pit road for Sunoco fuel and a slight chassis adjustment from his crew.

Losing only one spot on the pit stop he restarted the race in the second position. On this restart Buescher settled into the fifth position and continued to log laps in the 94 lap event. The chatter on the radio between Buescher and spotter Jeff Dickerson started to pick up regarding strategy for the end of the race. Buescher tried out the top side once again but progress was slowed once again for one of the race’s seven yellow flags.

Crew chief Michael Shelton would call his driver down pit road to top off the fuel once again and no tires, as tire wear was not an issue. Sticking to the goal of the race, Buescher didn’t want to push the envelope and settled into the top five while there was some three-wide racing behind him. Just as the team entered the fuel window to make it safe for them to make it to the checkered flag, a yellow flag once again slowed the field for a wreck on the front straightaway between two competitors. Buescher and the rest of the field would dive down pit road; once again the No. 31 Turner Motorsports team only took fuel in what was the team’s final pit stop.

A couple more yellow flags would fall for simple spins before the final restart with six laps to go. Before the restart, Buescher was unsure if he had help to push him to the front. An unlikely scenario played out when Buescher’s closest championship competitor hooked up with him and pushed him to the lead with just three laps to go. Coming to the white flag, Buescher would get shuffled back to the third position after an amazing save coming through the tri-oval of the superspeedway. Buescher would gather up a completely sideways truck to keep him in contention for the win. It was on the backstretch of the final lap when the big one happened, freezing the field as they crossed the start/finish line, Buescher brought home the No. 31 Koike Aronson Ransome in the third position. Buescher and the Turner Motorsports team is maintaining pace in the championship battle, equaling out points for the day with their competitor as the battle and will move on to Martinsville Speedway, again just one point of out of the lead.

“We had a hairy last lap and I’m glad that we were able to make it through the big one. I’m really happy that we were able to escape this wild card race with such a solid finish and maintain pace in the championship fight. I’m certainly looking forward to the last couple of races.”

The No. 31 Great Clips Chevrolet of James Buescher and the NASCAR Camping World Truck Series will have a couple of weeks off before they will return to the short track of Martinsville Speedway on October 27th for the Kroger 200. Coverage will start at 1pm ET live on SPEED.