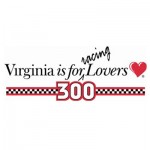 Each year as many NASCAR fans are focused on the Cup Series’ Chase for the Sprint Cup, there is another major event taking place in the racing world. Late Model Stock Cars (LMSC), usually the premier division at most NASCAR home tracks and an important stepping stone for many drivers in the NASCAR ranks, will take to the track at Martinsville Speedway for what is arguably the one of the most prestigious events of the year for the LMSC drivers and teams.

The LMSC division is home to a variety of racers from up and coming NASCAR stars trying build a resume’ and gain valuable experience to weekend warriors who work full time jobs and race every weekend for the thrill and excitement of stock car racing at an affordable level. LMSC racing definitely has a blue collar feel to it. Take a stroll through the pits of your local short track and you will find neighbors, fellow church members, or the guy from the local auto parts counter, all living out a dream in a sport they love, though didn’t have the desire or maybe the opportunity to take it to a higher level. Many of these team members are family people with 9 to 5 jobs and deep roots in their community, so the idea of over 40 weeks a year on the road is not a viable option. Many of them are volunteers, working for nothing more than a grilled burger and a free pit pass. The great thing is, that being an unpaid volunteer means you want to be there. It’s not just a job, it’s a passion. Weekend warrior team members work as hard as, or harder than any race team member anywhere.

Every October, Martinsville Speedway hosts a 300 lap LMSC event to showcase the many great talented drivers and teams that compete weekly at short tracks around the country. Often, over 100 cars will show up and try to make their way into the main event. These entries are comprised of the best LMSC teams from the Southeast that include former NASCAR Whelen All American Series national champions, weekly track champions, and drivers that have competed in the NASCAR premier divisions. This level of talent leads to amazing competition at the legendary track. For many of these teams, this event is their Daytona 500. An event they spend most of the season preparing for. A win at Martinsville could be the key to landing that sponsor that permits them to take the next step to a higher division. Fans at the track this Sunday, could be watching the future of NASCAR. Many current and former NASCAR stars raced LMSC early in their career. Denny Hamlin, who is currently entrenched in the battle for the Sprint Cup Championship, worked his way up through the LMSC ranks in the VA-NC area.

Though many times overshadowed by the litany of NASCAR coverage now available on television, online, and satellite radio, the excitement and intensity that will fill the atmosphere at the Virginia is for racing lovers 300 will not be diminished. Hopefully, fans who cannot make it to this weekend’s NASCAR events, will decide to take the trip to Martinsville and support the grassroots racers. It just may be the best race of the weekend!

Roger Holtsclawhttp://www.nationalmotorsportsnetwork.com
Roger has over 24 years experience as a mechanic and crew member in NASCAR at many levels including Cup, Nationwide and Truck Series. He has also competed as a driver at many short tracks around the Southeast including one start the USAR Hooter's Pro Cup Series. Roger is now embarking on a motorsports journalism and photography career and is co-owner of HMP Photo. Follow me on Twitter @rogerholtsclaw Email me: roger@speedwaymedia.com
Previous articleToyota Racing Dream Build Challenge Fan Voting Begins
Next articleNOTES FROM THE NASCAR NATION: HEY TOTO, I THINK WE’RE BACK IN KANSAS