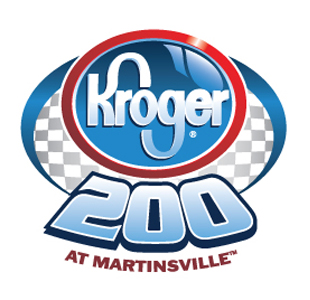 TRUEX MAKES HIS FIRST TRUCK SERIES START: Ryan Truex is set to make his first career NASCAR Camping World Truck Series start this weekend at Martinsville Speedway. Truex will pilot the No. 27 Hillman Racing Chevrolet Silverado in the Kroger 200. So far in 2012, the 20-year-old competitor has made nine NASCAR Nationwide Series starts where he has earned one pole, one top-five and four top-10 finishes.

PAST MARTINSVILLE K&N EXPERIENCE: While this weekend Truex will compete in the Truck Series for the first time, it will not be his first start at the famed Virginia paperclip. Truex has one K&N East Pro Series start at the half-mile track where he started fourth, led 30 laps and brought home a second-place finish in the 2010 rain shortened event. He went on that season to claim his second consecutive K&N East Pro Series championship.

CHASSIS 007: The No. 27 Hillman Racing crew will unload chassis 007 for Saturday afternoon’s 200 lap event. Earlier this season, Jeb Burton piloted 007 in the spring event at Martinsville Speedway where he started seventh and brought home a 13th-place-finish.

No. 27 CHEVY IN 2012: Truex will be the 10th driver to step behind the wheel of the No. 27 Hillman Racing Chevy in 2012. Other drivers who have taken the wheel this season include: Jeb Burton, Ward Burton, C.E. Falk, Brandon Knupp, Stephen Leicht, Ryan Lynch, B.J. McLeod, Travis Miller and Cole Whitt.

Ryan Truex: “I’m excited to make my first Truck Series start this weekend. I’ve never competed in the series, but have past Martinsville experience in the K&N Series. Martin [Truex Jr.] has given me a lot of advice on how to get through the tight corners and where it’s best to pass. I’m hoping we’re solid through practice and qualify well. When it comes race time, patience will be key to be there at the end in order to bring home a strong finish.”