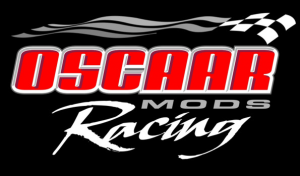 The 23 year-old is excited to make the transition to a higher horsepower open-wheel car under OSCAAR sanctioning, and felt the timing was right for the jump.

“It’s still a new series and I don’t want to fall too far behind the guys that have started to race in it,” said Stickel.

Like any driver making a move to a new series, Stickel is expecting a host of challenges to go along with his new car. He believes the hardest part of the transition will be getting the car to perform up to his competitive standards.

“The Vintage modifieds are a way different car from a setup stand point,” said Stickel. “I have no experience with the kind of suspension components that are on an OSCAAR Modified. That’s going to be a huge learning curve on its own.”

Nonetheless, Stickel feels he may have an advantage over other newcomers to the series from full-bodied cars.

“The open-wheel experience (will help). I’ve only raced ovals for three years. Compared to a lot of the drivers out there, I’m still pretty new,” explained Stickel. “I’ve learned a ton … being that it’s an open-wheel car, how to race guys clean. It’s probably a natural fit for me to move on to this series.”

The overall task of taking on a new car, new series, and new set of competition has Stickel itching to pilot his new machine. So much so, the multi-time Waterloo Regional Karting Club champion has a tough time narrowing it down.

“What am I not looking forward to is a better question,” laughed Stickel. “I’m really looking forward to the OSCAAR series. I’ve heard it’s a great club and full of great people. To try and race a new car, that’s always exciting.”

Stickel is currently preparing to battle for a rookie-of-the-year title, one that will be nothing short of intense as more drivers continuously throw their name in the hat. Given Stickel picked up his ride late in the off-season, he cautions race fans not to panic if he is absent on opening day.

“To convert a chassis from the States takes a ton of work,” said Stickel. “I don’t know if I’ll be out for the first race, that’s still up in the air.”

Stickel intends to run a familiar vibrant paint scheme, similar to what he has run on his Vintage Modified for the previous three seasons.

“I’m a pretty meticulous guy. I like to keep my equipment nice,” said Stickel. “If anything, that’s why I might be a little bit late getting in. I don’t want to run something I’ve half-ass put together. I definitely want to do it right.”

For a driver in his early twenties, OSCAAR’s young core of drivers were among the factors considered in his search for a new racing home.

“I was the youngest person in the vintage modifieds,” said Stickel. “To see a series like this with a lot of people around my age, that can only mean things like friendship and getting along better at the track. I did miss that from go-karting.”

Despite the time constraints, Stickel will make every effort to be at Sunset Speedway for opening day on May 19. Sunset quickly became one of Stickel’s favourite tracks on the Vintage Modified tour and he hopes the success will translate to OSCAAR.

For more information on Shane Stickel and his crew, visit his website at www.shanestickel.com .