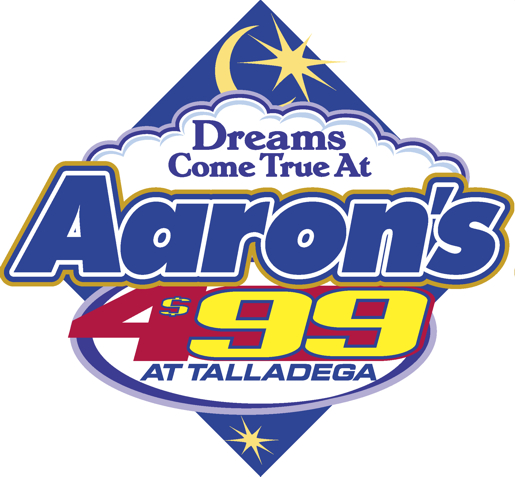 KEVIN HARVICK, NO. 29 BUDWEISER CHEVROLET SS, met with members of the media at Talladega Superspeedway and discussed racing at Talladega, why he has a good attitude about restrictor plate racing, sponsorship and other topics. Full transcript:

TELL US ABOUT THE BUDWEISER MOBILE 360 APP:

“The new 360 App is pretty cool. Obviously it gives you a 360 degree view of the inside of the car. We had cameras hanging off the left side of the car. I think we freaked the guys out that were mounting the cameras on the car when it ran at 190 miles-an-hour on the first lap. I don’t know how much their camera cost; they were happy with the footage, but scared to-death it was going to fly off the car. It was fun. I always like to do things that are authentic. When you drive the car at full-speed, and you take a real race car. That was kind of my requirement I wanted to do the deal, and Budweiser spending the money to do something unique for the fans. Go to the Budweiser 360 App and check it out.”

TALK ABOUT BEING AT TALLADEGA THIS WEEKEND:

“It’s one of those deals where the last few times, really the last race, I thought coming to the checkered flag ‘Man, by the time we get to the start/finish line, we’re going to have a chance to win the race’.  I think we were running third; never made it off of turn four.  You just kind of go through cycles like. We won the qualifying race and Shootout (at Daytona International Speedway in February, 2013) this year. Points races haven’t been kind to us over the last few (superspeedway) races, but you keep doing the same things. You try to put yourself in position. Sometimes you miss the wrecks, and sometimes you don’t. I enjoy the restrictor plate style racing. Interested to see if there is any difference from Daytona to here as to how the cars draft, and drive, and handle – but that won’t be that big of a deal at this particular track. We’ll go practice, and see how the cars are and go from there.”

COMING OFF THE RICHMOND WIN. HOW MUCH FEEL GOOD AND CONFIDENCE TRANSFERS TO HERE?

“Obviously very different. I think a win is obviously a good fix for…whether you’ve had good runs; bad runs; it gives that instant boost. All the guys are pumped up. Everybody is excited to be at the race track. There’s really nothing you can take from last week to this week, other than some positive momentum. There is a W in the win column, and everything’s going okay, but it’s just two totally different animals.”

HOW IMPORTANT IS TODAY’S PRACTICE GOING TO BE? WILL YOU DO CLOSE DRAFTING DURING PRACTICE?

“I think the weather will have more of influence on that for tomorrow, than probably anything. I think everybody’s half-way convinced that today’s practices will line-up will line-up the cars for Sunday’s race. So, I think that race in Daytona kind of eased everybody’s minds just for the fact that we have more cars now. People have had time to build more cars. At Daytona, we were lacking some parts, and time was really the biggest thing that we lacked. I think everybody has had some time to put their cars back together, and put more cars together. I think you want to go out and practice, and get the best speed you can for qualifying. Possibly.”

HOW DO YOU DESCRIBE THE PROSPECT AND THE CONCERN FOR THE UNKNOWN HERE? “My approach to these types of races has always been just you don’t worry about the things you can’t control which is a whole lot here. You go out, and go in with a mindset of that I enjoy restrictor plate racing.  That unknown is something that is intriguing to me to know that you can go somewhere, and you can race all day.  I know that a lot of people might think that you are crazy for thinking like it’s fun. But it is fun. I know that the end result doesn’t look like it is fun; it is a lot of work for the guys that fix the car. It’s dangerous. But, that thought of being able to push and shove kind of like you are at the go kart track with your buddies. That is really how you would race; especially at the end. You are pushing whoever is in front of you, no matter what color, what brand, what driver, who you hate, who you don’t hate; you are pushing the guy in front of you to try to make the be position at the finish that you can.  Sometimes you push too hard; sometimes somebody else pushes too hard and you are in there mess, and you get out and go home. You have to have that….for me, I’ve always just tried to approach it that I don’t care attitude, and just do whatever you have to do to try to put yourself in position. And, when you leave here, if you wreck, you can’t be mad. It’s part of the game.”

DO YOU HAVE ANY SPECIAL PLANS FOR MOTHER’S DAY NOW THAT DELANA IS A MOM? HOW MUCH OF A HELP WAS YOUR OWN MOM TO GET YOU WHERE YOU ARE TODAY?

“My biggest plan is to not screw up Sunday in the first year.  You don’t want to screw up the first Mother’s Day. My main objective is to make sure that you have the gift pre-week, and don’t forget to hand it out on Sunday. Obviously, my Mom has always been there. Always been supportive of everything I do. That is something you don’t want to forget as well. You want to make sure you don’t forget on either front.”

WILL SUNDAY’S RACE BE MOSTLY A FEELING-OUT PROCESS FOR THE FIRST HALF AS GUYS FIGURE OUT WHAT YOU CAN DO WITH THESE CAR, AND KNOWING AT DAYTONA,  YOU DIDN’T GET A LOT OF PACK STUFF?

“I don’t envision it being a lot different. We ran four Cup races in Daytona, so you kind of know what you have. The track is different. There will be the opportunity to have some bigger packs just because of the style of the race track, and there is more room to maneuver, and what affect, and how big that affect is on this style of racing is obviously yet to be determined. Honestly in my mind, I don’t envision it being a whole lot different.”

WHAT DID YOU LEARN IN DAYTONA EITHER BY RACING OR WATCHING THAT WILL HELP YOU HERE WITH THIS CAR?

“Winning is a lot more fun than wrecking. (SMILES) That is what I learned. We won the whole week, and wrecked on Sunday. But, that’s just kind of the way it goes. I think it is all going to be the same here.”

WHAT TWEAKS WOULD YOU MAKE TO THE GEN SIX CAR IF YOU HAD THE OPPORTUNITY IN TERMS OF AERO PACKAGE? WHAT WOULD YOU ASK FOR?

“I think the car has been very competitive as we have gone through the weeks. This will be our second event with the superspeedway stuff. It’s easier to get engaged on the downforce stuff when you are racing it every week. We’ve had several really good races, and finishes. Man, I got out of owning cars, and trucks and all those things, and trying to play the politics of it. I’ve learned to just drive the things, and let them figure out the rules and adapt to them the best we can.”

IS BELL HELICOPTER GOING TO BE ON THE CAR AGAIN?

“We had Bad Boy Buggies the week before (Richmond) at Kansas. Bell Helicopter was on last week. Cesna is a partner of our throughout the whole season. I know Bad Boy Buggies will be back on the car in the Nationwide Series as we go through the rest of the year.”

HOW MUCH OF YOUR RESTRICTOR PLATE TRACK SUCCESS TO YOU ATTRIBUTE TO YOU ATTITUDE OF KNOWING WHAT CAN HAPPEN AND BEING PREPARED FOR THE THINGS YOU CAN’T CONTROL?

“You see a lot of guys drive themselves crazy about having to come to Talladega, and complaining about what they think is right, or what they think is wrong. It is just a race. It really is. You know what is going to happen coming into the race. I’ve been through a lot of different styles of racing here. I’ve been in races with no cautions here; I’ve run one race with no cautions here back in the day. We’ve run races that are caution-filled and wrecks all over the place. We’ve wrecked on the first lap; last lap; middle laps. You just never really know what to expect, so you just….  I think that mindset is kind of an RCR (Richard Childress Racing) mindset that was installed in the beginning, when I started restrictor plate racing. I think that Richard (Childress) has never been one to get on me about wrecking cars at the speedways. He knows the deal. He’s raced the cars. He knows the position that you get put in as a driver. You just have to go for. You have to be smart about it, but you have to be in position at the end of the race. You have to take some chances, and sometimes those chances pay off, and sometimes they don’t.  Sometimes you have absolutely nothing to do with what happens, and you are in the wrong place at the wrong time. The other side of that is you can drive through the biggest wreck in the world, and not have a scratch on your car. It’s definitely better to have a good mindset about it, and not let yourself get completely torn-up about what you would change and how you would change it. This is a part of NASCAR racing, and it has been for a long time.  You might as well just enjoy it.”

Founded in 1911 in Detroit, Chevrolet is now one of the world’s largest car brands, doing business in more than 140 countries and selling more than 4.5 million cars and trucks a year.  Chevrolet provides customers with fuel-efficient vehicles that feature spirited performance, expressive design, and high quality. More information on Chevrolet models can be found at www.chevrolet.com.