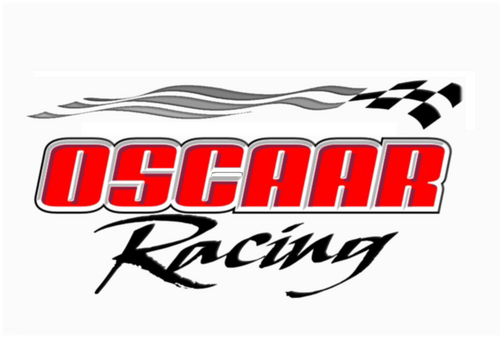 By Clayton Johns (@cjohnsmedia) – Veteran Ontario short-track racer and NASCAR Canadian Tire Series (NCATS) star J.R. Fitzpatrick will drive an OSCAAR Super Late Model on a regular basis throughout the 2013 season. Fitzpatrick is expected to pilot the Roy Passer-owned #27 in as many as 10 races throughout the upcoming campaign.

“My heart and soul seems like it belongs in a Super Late,” said Fitzpatrick of his decision to join the tour on a more permanent basis.

“I hope it rains every race I’m not there,” joked Fitzpatrick, who says he is most looking forward to races at Flamboro Speedway and Canadian Tire Motorsport Park (CTMP) Speedway.

Fitzpatrick’s involvement doesn’t stop there. The Ayr, Ont. driver also purchased his own car, a near-new Outlaw from Len Couvillon over the off-season, which he may drive on a couple of occasions, but the primary focus remains on the Passer Racing #27.

As a result, the two drivers may only race door-to-door on one occasion, at the 2013 Don Biederman Memorial, since both drivers are eager to be a part of the event.

“I would race Roy just as hard as anyone else,” said Fitzpatrick, who is dating Passer’s daughter, Alaura. “But think about how awkward the situation would be if one of us wrecked one another.”

Fitzpatrick’s personally-owned left-hander chassis is guaranteed to see the racetrack at least one other time. It will be piloted by five-time CASCAR Super Series champion Don Thomson Jr. on June 1st at CTMP Speedway and will sport his familiar #4.

“For me, growing up I always wanted to run Super Late Models,” said Thomson. “When I went to Flamboro every weekend and ran my street stock or late model, the Super Late Model class was pretty healthy. I’ve always loved the series. My path changed and I decided to go CASCAR, but I always kind of liked Super Late Models.”

Fitzpatrick and Passer have logged extensive hours over the winter to completely refresh the #27 Chevrolet. After a couple of mid-season incidents last year, the pair decided to dissect the car to the bare frame.

“The car was weird. When he wrecked it at Delaware, we decided something was wrong,” explained Fitzpatrick. “Basically, the suspension was binding up so bad it would lock the steering.”

“That thing is brand new now. There isn’t one old piece on that car anymore. Roy has been really supportive in making his car better.”

In comparing his Super Late Model to his NCATS #84, Ftizpatrick found the weight variance to be among the biggest differences in the two cars.

“The Super Lates are a lot lighter so you can really maneuver them,” explained Ftizpatrick. “Compared to the NCATS car, they feel like a really fast go-kart. You don’t have to muscle them as hard. They’re really fun to drive.”

One of the biggest adjustments for Fitzpatrick in his move to OSCAAR is a much shorter race distance. NCATS races typically run at least 200 laps on ovals, and as long as 300, while each OSCAAR feature is a short 50 laps in comparison.

“Fifty laps, that drives me crazy! I’m just getting warmed-up by lap 50,” said Fitzpatrick. “In some NCATS races, I do 100 laps of practice.”

Fitzpatrick will be in attendance in the OSCAAR Season Opener on May 19, but will face unique circumstances. Fitzpatrick will be at Canadian Tire Motorsport Park for an afternoon race in his NCATS #84. He will then make a mad dash from the Bowmanville, Ont. facility to Sunset Speedway for a 6pm start.

“Somebody, probably Roy, is going to take the (Super Late) to the track and have it warmed up for me,” he said.

Fitzpatrick finished fifth at Sunset at the Velocity event last September, but said he was battling conditions besides the competition around him through the race.

“I’m quite a bit bigger than Roy and I was sitting in a seat designed for a baby,” joked Fitzpatrick. “The head rest was actually in to my neck.”

“By lap 40, my neck was about to fall off. I was too worried about getting my neck off the seat than actually racing. I think I’ve picked up two-tenths (of a second) just getting comfortable.”

The 24 year-old driver is hoping to compete for an OSCAAR championship in 2014, but will continue to focus on his NCATS program for the remainder of 2013. Fitzpatrick says his interest in the series has grown considerably with President Dave Gainforth at the helm.

“Dave has been great. He really represents the series well,” said Fitzpatrick. “Obviously the whole series is growing. There’s going to be 40 Super Lates this year.”

Catch J.R. Fitzpatrick and the entire cast of OSCAAR Super Late Models when the season opens at Sunset Speedway on May 19.