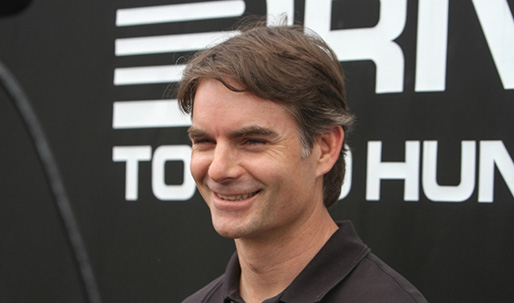 As we come into Sunday’s FedEx 400 at Dover, Jeff Gordon sits 15th in the points standings, with 3 top 10 finishes. Last Sunday at Charlotte, Gordon looked like he could be a threat to win his 4th Coca-Cola 600, but after a debris caution and a subsequent mistake to continue pitting, Gordon was stuck in the middle of the pack trying to get his way to the front pack, but was caught up in an accident when Mark Martin got together with Aric Almirola. An unhappy Gordon was snake-bitten yet again and finished in 33rd. Gordon is starting off another disappointing season, but it hasn’t been as bad as the beginning of 2012 if that makes things any better.

However; this weekend could be his biggest chance to back into victory lane. Yes, Gordon has not won here since 2001, but look at both of his races last season here at the track. For years following his 2001 victory, Gordon struggled to find the right setup at the Dover International Speedway. Last season in this event, Gordon had the fastest car on the race track, but as we have become accustomed too in recent years, Gordon was the bad luck king. The fastest car doesn’t always win the races. Gordon overcame his first piece of bad luck, a loose wheel on lap 250. However, when climbing back through the field after his last pit stop, a caution came out for a questionable piece of debris that put Gordon a lap down for the second time. This relegated Gordon to a 13th place finish. In September, Gordon finished runner-up to 2012 series champion, Brad Keselowski.

What can we expect from Jeff here this weekend? Through the first two practice sessions, Gordon is averaging about 18th quickest on speed, and will start the race on Sunday from the 20th position, but teammate Jimmie Johnson also qualified mid-pack in 24th. Will the 24 and 48 be a threat on the long run?

I would like to hear from you all. Leave your comments here, or you can always tweet me @RyanPrakOHara. Enjoy the Nationwide race today!