Quicken Loans 400 Preview: Who Will Prevail in the Irish Hills? 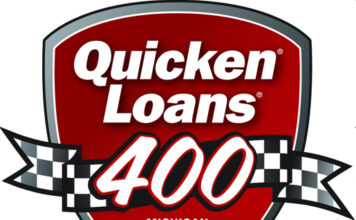 Coming off perhaps the most vapid race of the 2013 season, NASCAR heads to the Irish Hills at the Michigan International Speedway for the Quicken Loans 400.

Last season, Dale Earnhardt Jr. broke his 4-year winless streak, leading 95 of the 200 laps and picking up his 19th career win. Will he be a contender on Sunday? He absolutely will be. Earnhardt and Steve Letarte are on a roll after finishing 3rd in Pocono this past Sunday, but I do not see Earnhardt Jr. visiting victory lane for the second consecutive year here. Letarte knows how to get the car in position for a possible win, but the 88 team has problems finishing the job. We saw this with Jeff Gordon back in 2010 as well despite their very successful 2007 season, but Gordon went winless in two of those seasons and won just one race in 2009.

I know I have been very critical of this race team this entire season, but Tony Stewart is my pick for Sunday. That team is officially on a roll. Stewart finished fourth at Pocono to make that their 3rd consecutive top 10 finish after their horrendous start to the season, but also keep in mind that Stewart won at Dover. His last win there before that event was in 2000. We are heading to Michigan. Stewart has not won here since 2000. I think Stewart will visit victory lane for the second time in 2013 at the Quicken Loans 400. And with that second win, Stewart will make it into the Chase either as a wild card, or he’ll make it safely into the top 10 in points.

What should the drivers be on the look out for on Sunday? Watch your engine. Last year, there were 4 engine failures in this event and another 5 in the fall event. Both of the events are 400 miles, but the RPMS that we push here at Michigan do put the engines at risk of blowing up. Getting in and out of pit road in a timely manner will also be key. Clint Bowyer had 1 extra stop than most of the lead pack, yet he still spend the least amount of time on pit road compared to the rest of the field. Bowyer ended up finishing in 7th spot. If he didn’t have those quality pit stops, Bowyer could have easily finished outside the top 10.

Who are you picking? Please comment and tell me why you think the driver you pick will win the Quicken Loans 400 on Sunday! We certainly will see amazing speeds coming this weekend. I hope the actual racing can mix into that as well.

Ryan O'Harahttp://www.twitter.com/RyanPrakOHara
Ryan O'Hara is the Senior Writer of FightNights.com and is recognized as one of the top boxing writers in America. He is also a former Fox News Radio news anchor and TV Producer for several networks. O'Hara graduated with his Masters in Human Security in 2017 with a 3.7 GPA and also obtained his Bachelor's Degree in 2015 in Global Security & Intelligence Studies -- all from Embry-Riddle Aeronautical University in Prescott, Arizona. O'Hara is also a former college ice hockey player and skates in his free time. Follow him @OHaraSports on Twitter!
Previous articleCrunching The Numbers: Michigan
Next articleNASCAR BTS: Mike Houston’s Journey From Bouncer to Pit Crew Coach