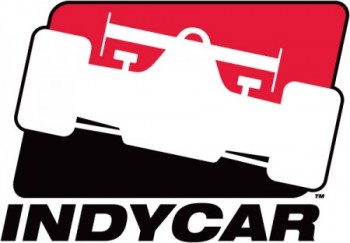 2.  Mistic Electronic Cigarettes to back KVSH Racing in 2014

The IndyCar Series team owner, who made nine Indianapolis 500 starts in her Indy car career, helped complete the paving of the 2.439-mile road course, on a two-seat paving machine.  The road course has undergone $5 million in improvements before it hosts to the Grand Prix of Indianapolis next May.

“They are doing a really accurate job and it’s great to see,” Fisher said. “That last little stretch of pavement going down on the new course. It’s very special. The Indianapolis Motor Speedway always holds a special place in my heart.”

With a top-speed of 25 feet per minute, the Milestone paver that Fisher rode on is a bit slower than the car Sarah Fisher Hartman Racing will field in the inaugural Grand Prix of Indianapolis on May 13, 2014. In fact, an Indy car could complete 336 laps of the track before the paver completed a single lap.

“It’s operated by a joystick and no steering wheel, so I didn’t know what to do,” Fisher said. “There’s a big stop button.  But it’s like the Indy car 2-seater. You just don’t push the stop button. You just have to keep going.”

The four-time Champ Car champion will drive the “Mistic Machine” in seven race weekends in the upcoming season.

“We couldn’t be any more excited to bring the Mistic E-Cig brand to the IndyCar community. After announcing Sebastien Bourdais as the driver, this is the next phase of taking KVSH to new heights following the Indianapolis 500 win in 2013,” KVSH Racing partner James “Sulli” Sullivan said.

Bourdais was introduced last month as the driver of the No. 11 Chevrolet-powered car for the 18 rounds of the 2014 IndyCar Series championship. The No. 11 car in superspeedway configuration won the 97th Indianapolis 500 in May with driver Tony Kanaan.

“Partnering with KVSH Racing is a strategic fit for the Mistic brand, providing us with a fun and exciting platform to reach millions of IndyCar fans,” Mistic CEO John Wiesehan Jr. said. “As race fans ourselves, we are looking forward to the 2014-2015 season, not only to cheer for the team’s new driver, Sebastien Bourdais, but to further leverage our relationship with KVSH Racing as we roll out offers and promotions that educate IndyCar fans on alternatives such as our electronic cigarettes.”

Mistic electronic cigarettes are vapor products that come in rechargeable and non-rechargeable form, in both tobacco and menthol flavors. As part of the partnership, INDYCAR fans will be introduced to visuals of the Mistic car in Circle K stores throughout the country where Mistic E-Cigs will be available for purchase.

3. Montoya, Castroneves head list of drivers in karting event: Team Penske’s Juan Pablo Montoya and Helio Castroneves are among the racing stars that will race in the 2013 Carerra de Estrellas.

The Nov. 30 karting race on the streets of Medellin, Colombia is being held to raise money for Montoya’s Formula Smiles Foundation.

Formula Smiles is a nonprofit organization founded in 2003 by Montoya and his wife Connie dedicated to improving the quality of life of thousands of Colombian children who are burdened by poverty and violence.