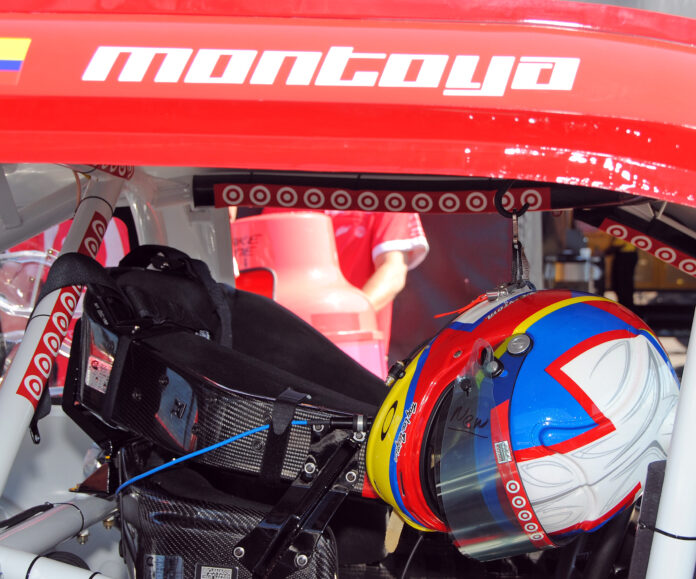 Juan Pablo Montoya, whose contract was not renewed by Earnhardt Ganassi Racing last year in favor of rookie Kyle Larson, will make his return back to NASCAR with Team Penske for two races this year.

Montoya will add the NASCAR Cup starts at Michigan and the Brickyard at Indy to his Verizon IndyCar Series full-time schedule. The 38 year old Columbian will pilot the No. 12 SKF Ford at Michigan International Speedway on June 15th and the sponsor-to-be-named No. 12 car for the Brickyard 400 on July 27th.

Greg Erwin, a veteran NASCAR crew chief, will be atop the pit box of Montoya for both races.

“Juan is a proven winner in multiple racing disciplines and he is one of the most versatile racecar drivers competing today,” Roger Penske, team owner, said. “Michigan and Indianapolis are two important races for Team Penske. We know Juan has the ability to race for wins in both of those events while still focusing on his full-time program in the Verizon IndyCar Series.”

Juan Pablo Montoya is also back on the NASCAR circuit with one of the most successful teams to date. Team Penske, whose two drivers Brad Keselowski and Joey Logano have both visited Victory Lane this year, will no doubt welcome their newest teammate to the fold.

“This opportunity is pretty unique,” Montoya said. “This year, it will be nice to be in a Penske car because they are so competitive week in and week out. Both Keselowski and Logano are running up front.”

One place that Montoya really wants to go back to is the Brickyard, where he has come so close to winning in a stock car. JPM has mastered the Indianapolis Motor Speedway having won the Indy 500 in 2000.

“It’s one of those places where I feel like I got robbed a few times,” Montoya said. “To be able to come here and be able to close that deal will be really, really nice.”

Montoya is also back as he is on a mission to get take team owner Roger Penske to Victory Lane for the first time ever at the Brickyard.

“It’s hard to believe, but Roger Penske has never won the Brickyard 400,” JPM said. “I think that Brad, Joey and I will give Roger and Team Penske a great opportunity to check that off the list and we should be strong at Michigan as well.”

Montoya is also back with a vengeance to attempt something that no one else has done, winning three feature races at Indy in the same season. He is scheduled for the Grand Prix of Indianapolis on May 10th, the Indy 500 a week later, and then the Brickyard 40 in July. So, if JPM qualifies for each one, he would be the first to do so.

“Three chances gives me a better chance of winning one of them now,” Montoya said.

So, just how will Montoya get back in shape to get back on the NASCAR Cup tracks?

“I had a chance to test a car last week at Nashville and I felt like it was a good test,” Montoya said. “I was very happy that I got up to speed very easy. Within five laps I was comfortable in the car.”

“I think running Michigan and Indy are two tracks where running open wheel helps you, especially Michigan, which is a lot like an open-wheel car because you don’t slow down much but use momentum and a lot of high speed.”

“To just run the Brickyard would be a pretty big ask of our team and of Juan, without having spent much time in our cars or with having been out of a Cup car for a while,” Tim Cindric, Team Penske President said. “So, we felt like we needed to give him another shot at Michigan prior to the Brickyard so he could get ready for Indy.”

While Montoya has been enjoying being back in the IndyCar Series, where he is 11th in the point standings currently, he is equally thrilled about this new opportunity back in his old stomping ground of NASCAR where he spent six year.

“It will be fun to get back behind the wheel of that Cup car,” Montoya said simply.