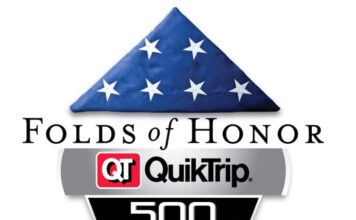 Jimmie Johnson earned his first victory of the 2015 season and was followed to the line by Kevin Harvick, Dale Earnhardt Jr., Joey Logano and Matt Kenseth.

The third race in the 2015 Sprint Cup Series is the Las Vegas 400 at Las Vegas Motor Speedway on Sunday, March 8, 2015, which is scheduled to be televised live on FOX beginning at 3:30 p.m. Eastern Time and broadcast live on the Performance Racing Network and SiriusXM NASCAR Satellite Radio, channel 90.

Richard Childress Racing’s Austin Dillon earned a 39th-place finish in the No. 3 Dow Chevrolet on Sunday afternoon at Atlanta Motor Speedway. The Welcome, N.C., driver started 15th and raced into the 11th position before falling back in the running order as he struggled with a loose-handling condition on exit to the corners. Dillon was running in the 20th spot when another competitor clipped him on exit to the corner in turn four, creating a tire rub that eventually caused a left-rear flat. He made a pit stop under caution on lap 46 to address the issue, but the fender rub persisted leading to a second cut tire on lap 62. This caused significant damage to the rear of the No. 3 Chevrolet and sent the car spinning through the grass. The team retired to the garage to make repairs before rejoining the field in the 43rd spot. He ultimately finished 39th.

“Wow, that was definitely not the day we were hoping for but I am so proud of everyone on the Dow Chevrolet team for their hard work today. We really worked together as a team this weekend. Our goal is to get a win this year, and we will get there. I know it, we just have to stay focused.”

Paul Menard drove Richard Childress Racing’s No. 27 Duracell/Menards Chevrolet SS to a 13th-place finish after 500.5 miles of hard racing at Atlanta Motor Speedway on Sunday afternoon. Menard started 13th after a delay because of wet track conditions at the Hampton, Ga. facility. Once underway, the Wisconsin native noted a loose-handling condition but quickly settled in to the top 20 until the NASCAR-mandated competition caution on lap 25. Crew chief Justin Alexander called for four tires, fuel and a wedge adjustment to remedy the Duracell/Menards Chevrolet’s handling. Throughout the three hour and 49 minute event, the No. 27 team came to pit road nine additional times for four tires, fuel, air pressure and wedge adjustments to keep up with the car’s changing handling conditions. On lap 245, Menard went one lap down to the leader but raced back onto the lead lap with 27 laps to go. The Duracell/Menards driver held his starting position and crossed the finish line in 13th. The top-15 result places Menard 17th in the point standings. Next up for the No. 27 team is the Las Vegas Motor Speedway 400 next Sunday.

“That’s not the finish we wanted today for the Duracell/Menards Chevy team. I think we learned a lot so we’ll have to go back and review the notes. Our Chevy was kind of all over the place balance wise, but the guys did a great job on pit road making fast adjustments. We’ll just look towards Vegas next week.”

Ryan Newman drove Richard Childress Racing’s No. 31 Caterpillar Chevrolet SS to a 10th-place finish in Sunday’s Folds of Honor QuikTrip 500 at Atlanta Motor Speedway. The South Bend, Ind., driver lined up seventh and ran the first half of the 325-lap event within the top 12. His only real complaint was tight through the corners. Crew chief Luke Lambert called for stops on laps 27, 47, 67 and 96 under yellow-flag conditions. Each time the Cat crew performed flawlessly gaining a minimum of two and a maximum of four positions on the track. At halfway, Newman raced in eighth place and showcased the No. 31 Cat Chevy’s performance especially during long green-flag runs. On the restart at lap 256, the No. 11 car spun out collecting several cars including the Caterpillar Chevrolet. Newman pitted three times under caution for repairs. When the race restarted with about 60 laps to go, the Cat driver raced in 14th and on the lead lap. By the lap 296 caution, Newman climbed up to 12th. A multi-car crash ensued on the restart at lap 304 to bring out the red flag. The No. 31 dodged the melee to be scored in eighth place. A final 14-lap dash to the finish resulted in Newman finishing 10th. The result was Newman’s third-straight top-10 at the 1.5-mile speedway. He now ranks 21st in the championship point standings. Up next for the No. 31 Caterpillar team is the third race on the NASCAR Sprint Cup Series schedule, the Las Vegas Motor Speedway 400.

“It could have been a lot worse. I am proud of my Cat guys, they didn’t quit. We fought back and that’s what makes the difference. We did it all last year and we’ll do it again this year. We just got caught in a bad restart there. The No. 11 lost control and kind of made a mess. It wasn’t the biggest mess of the day, it’s just part of it. I can’t thank the pit crew enough, they did an amazing job for me today.”