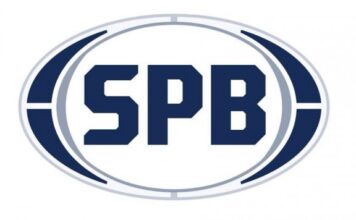 The ByrnesStrong Poll, formerly known as The Century Poll but renamed in honor of Steve Byrnes who just lost his battle to cancer, focused this month on who of the twenty NASCAR Hall of Fame nominees would be voted in for induction in the next class.

The actual voting breakdown for the ByrnesStrong Poll was as follows:

Both NASCAR team owner Rick Hendrick and 1992 Cup champion Alan Kulwicki tied for the top spot with 15 apiece. It was also evident that those two were the front-runners for all of those voting from the garage area.

It was not surprising that the next vote-getter garnered the most votes from the media, with a total of nine votes going to Benny Parsons. BP, as Benny Parsons was affectionately known, was a driver, a Cup champion, a car owner, and a broadcaster. His professorial and relaxed approach to broadcasting was legendary and sorely missed when he passed away on January 16, 2007.

The media also seemed to favor Curtis Turner and Mark Martin in the voting poll. Turner was one of NASCAR’s early drivers, who had quite the reputation for not only driving hard but playing hard as well. During his career, Turner won 360 races in several different racing series, including 22 in the NASCAR Convertible Division in 1956, and 17 wins in the NASCAR Grand National series (now Sprint Cup).

Turner did, however, have an interesting relationship with NASCAR, having been banned for trying to organize a labor union before being allowed to race again four years later. Turner died in an airplane crash near Punxsutawney, Pennsylvania on October 4, 1970.

Unlike Turner, Mark Martin’s tenure on the track is more recent, although he is currently not behind the wheel of a race car. Martin has often been described as ‘the best driver never to win a championship’, as he has finished second in the Cup Series standings five times.

All of the other nominees in this month’s ByrnesStrong Poll at least garnered one vote, with the exception of Bobby Isaac, a 1970 Cup Champion, whose crew chief was the legendary Harry Hyde. Isaac won 37 Cup races, including eleven races during his championship season. He also holds the record for most poles in a single season, with 20 poles in 1969.

Outside of NASCAR, Isaac set 28 world speed records at the Bonneville Salt Flats in Utah. He, unfortunately, passed away at the age of 45 from a heart attack after a race at Hickory Motor Speedway.

As always, many thanks should go to Mike Siberini, who independently conducts The Century Poll and who renamed it this month in honor of NASCAR’s own Steve Byrnes.