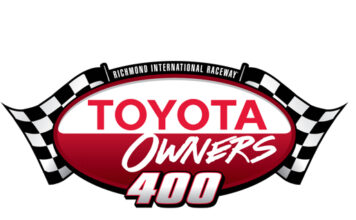 Rock the Vote: Don’t forget to cast your Sprint Fan Vote to lock Kyle Larson into the Sprint All Star Race at Charlotte Motor Speedway on May 16! You can vote on the NASCAR Mobile App or at http://www.nascar.com/SprintFanVote. And, for the first time in program history, votes shared via Facebook and/or Twitter will count as double towards a driver’s total. Vote now and enter for a chance to win a trip to the 2015 Chase for the NASCAR Sprint Cup race of your choice.

Follow CGR on Twitter:  Be sure to follow CGR on their official team Twitter page.  Find in-race updates and weekly news on the No.1 and No. 42 teams throughout the 2015 season by following “@CGRnascar”. You can also connect in the social conversation throughout the season with team hashtags – #TeamTarget, #Cessna1 #TeamMcD

@KyleLarsonRacin: “Good run for us last night. Got to lead some laps. Was hoping we could catch a break with the rain while I was leading.”

@jamiemcmurray: “I have so many great memories of @SteveByrnes12. He was a special guy and will be missed by all of us”

WHAT YOU NEED TO KNOW FOR RICHMOND INTERNATIONAL RACEWAY

Bristol Recap: Bristol Motor Speedway, dubbed “The World’s Fastest Half Mile”, hosted the eighth race on the 2015 NASCAR Sprint Cup Series (NSCS) season. After enduring a delayed start and two red-flags for rain in the Food City 500, teams were able to complete the full distance, and McMurray drove the McDonald’s Chevy to a 14th-place finish.

McMurray at Richmond: In 23 previous starts at Richmond International Raceway (RIR), McMurray has led 25 laps, earning five top-10 and two top-five finishes.  He has an average starting and finishing position of 22.0 and 21.2, respectively. McMurray’s best start of second came in the fall of 2011 and he has a best finish of fourth on two occasions. McMurray has completed 9,111 of 9,609 (94.8%) laps of competition at RIR.

Four to Forty: Energizer® will feature the 4 to 40 Challenge at their trackside activation at RIR. Fans will have a chance to participate in interactive challenges, including flying small drones and learning about the greater vision of Energizer® to deliver a battery that will eventually be made of 40% recycled materials by 2025.

Bristol Recap: After dodging bad weather a few times this season, rain forced a delay both prior to and during this weekend’s NASCAR Sprint Cup Series (NSCS) race at Bristol Motor Speedway (BMS), but didn’t stop the complete race from being run in its entirety. In his third career NSCS start at Bristol, Larson and the Target team gradually improved throughout the weekend and led 90 laps on the way to a seventh place finish.

Larson at Richmond: Larson has two NSCS starts at RIR, both of which came during last season’s rookie campaign. Larson started on the pole for last season’s spring race at RIR after qualifying was canceled due to rain and starting order was set by practice speeds. In his two races, Larson has an average start of 4.5 and has completed every race lap on the way to an average finish of 13.5. Larson also has four NASCAR XFINITY Series (NXS) starts at “America’s Premier Short Track”, where he has also completed every race lap and earned an average finish of 9.8.

Making the Grade: Larson and the Target team were recently in Richmond for NASCAR’s open test. During the test, Larson almost completed a complete race, running just over 300 laps during the one day test. The test was the first of the season for Larson.

A Shopping Bullseye: If you have made it to the race only to find out you’ve forgotten to pack a few necessities, there’s no need to worry. For all your last minute needs, and forgotten items, Target has all of the essentials and more. There are two Target’s conveniently located within several miles of the track. Just east of the track, one store is located at 7235 Bell Creek Road, Mechanicsville, VA 23111 and can be reached at (804) 559-5802. Just west of the track, another store is located at 5401 W Broad Street, Richmond, VA 23230, and can be reached at (804) 285-3492. Call ahead and make sure they have what you need.
TEAM ROSTERS