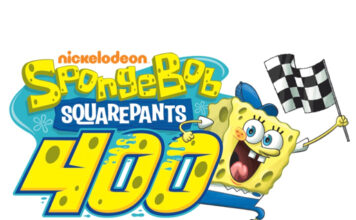 KANSAS CITY, Kan. (May 8, 2015) – Kasey Kahne came very close to capturing his first pole position of 2015, but will start on the front row in his No. 5 Great Clips Chevrolet SS after posting the second-fastest time in qualifying for Saturday night’s SpongeBob SquarePants 400 NASCAR Sprint Cup Series (NSCS) race at Kansas Speedway.  Kahne’s fast lap of 28.138 seconds, 191.911 mph gave him his eighth top-10 start of 2015, and his 10th in 16 races at Kansas Speedway.

A total of seven Chevrolet SS drivers made it to the 12-car field for the final round of qualifying and six will start in the top-10.

Martin Truex, Jr. continued his red-hot start to the 2015 season by scoring a top-five starting position in his Furniture Row/Visser Precision Chevrolet SS.  His lap was good enough to be the fourth fastest time, and his second top-five start of the year.   Current NSCS point leader Kevin Harvick posted the sixth fastest time in his No. 4 Jimmy John’s/Budweiser Chevrolet SS for Stewart Haas Racing (SHR) while his SHR teammate, Kurt Busch, driver of the No. 41 Haas Automation Chevrolet SS, earned a seventh place starting position.

Missouri native Jamie McMurray put his No. 1 McDonald’s Chevy SS in the ninth position while last week’s pole sitter, Jeff Gordon, made it to the final round of qualifying and an 11th place start for Saturday’s race.

Joey Logano (Ford) won the pole, Brad Keselowski (Ford) was second and Carl Edwards (Toyota) was fifth to round out the top-five qualifiers.

The Spongebob Squarepants 400 at Kansas Speedway is scheduled to begin at 7:30 p.m. ET on Saturday, May 9th. Live coverage will be available on FOX Sports 1, MRN, Sirius NASCAR Radio Channel 90 and NASCAR.com.

TALK ABOUT YOUR DAY SO FAR BEHIND THE WHEEL OF THE NO. 5 CHEVROLET, AND HOW YOU THINK THINGS ARE SHAPING-UP FOR TOMORROW NIGHT?
“We had a really good day. We spent a lot of time with race runs and just trying to get our Great Clips Chevrolet to turn the corner and carry a lot of speed. This track is fast, so you’re not out of the gas for a long period of time. So, making that work and also long enough runs to tell where it’s going to go after 15 laps, and I felt like we did a pretty good job at that. We definitely made it better as the day went on. It was the same for qualifying there. Our final run was our best run of the day. So, I’m happy with the car and the speed of the car and the engine and the guys for making it better throughout the entire day. I look forward to tomorrow night. It’s going to be an interesting race. I always enjoy racing here at Kansas and we’ll see what we’ve got.”

ON RUNNING THE TRUCK SERIES, DALE EARNHARDT JR. SAID YOU ARE GOING TO BE AN ASSET TO THE TEAM’S TRUCK PROGRAM. CAN YOU TALK ABOUT YOUR OPPORTUNITY TO RACE FOR JR MOTORSPORTS NEXT WEEK?

“I’m looking forward to it. So far we haven’t done a whole lot. I plan on going over there this week and spending some time with the guys and learn a little bit more about our program and what we’re taking to Charlotte. But Charlotte is a really good track for me. I’ve always enjoyed racing there. I’ve run really well there. The truck races that I’ve done have all been pretty strong. We’ll see how it goes. The Haas team, JR Motorsports, I guess we have Haas as the sponsor. That truck with Cole Custer runs really well. So, I’m excited about it. I haven’t run a truck in a while and I’m looking forward to driving one, especially at Charlotte. It will be interesting.”

DALE EARNHARDT JR. SAID YOU WILL PUT A LOT OF PRESSURE ON YOURSELF TO DO WELL

“I’ll definitely put a little bit, you know? I’ll put enough on myself to go out there and do the best I can. I feel like we’ll have a good shot at winning that race. I think there are other trucks there that are going to go with the same mindset, but that truck and the way we’ve performed in the past in the Truck Series and then also at Charlotte Motor Speedway, I think we’ll be strong and we’ll just have to see how it all plays out. But hopefully we’ll be battling for a win, for sure.”