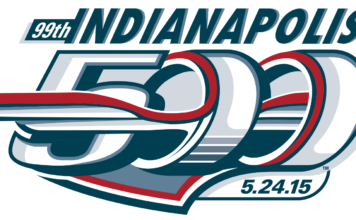 INDIANAPOLIS (Sunday, May 10, 2015) – Six former champions are among the drivers named to the entries filed for the 99th Running of the Indianapolis 500 Mile Race on May 24.
Thirty-three drivers have been named for 34 entries. Chevrolet engines will power 17 entries, Honda 17 in the race, which will mark the debut of superspeedway aerodynamic bodywork produced by the engine manufacturers.

In addition to the six past Indianapolis 500 race winners and seven Indy car champions, 20 drivers entered have won at least one race in Indy car competition, including Will Power, who won the Angie’s List Grand Prix of Indianapolis on May 9.

Two rookies with diverse credentials are also assigned to cars.

Gabby Chaves is the reigning Indy Lights champion and won the Freedom 100 at Indianapolis in 2014. Stefano Coletti is a multiple race winner in GP2.

Official Release
Previous articleRahal 15th & Servia 18th; Opening Day of Practice for the Indy 500 Was Delayed by Rain But Later Commenced in Windy Conditions
Next articleRAHAL LED NINE LAPS AND FINISHED SECOND IN THE ANGIE’S LIST GRAND PRIX OF INDIANAPOLIS; MOVED TO TIE FOR FOURTH PLACE IN SERIES POINT STANDINGS