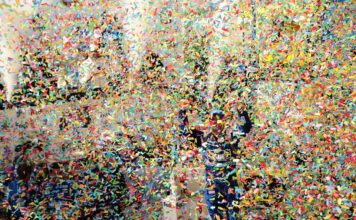 The heat was on both on and off the track at the Monster Mile and here is what was surprising and not surprising from the 46th annual running of the FedEx 400 Benefiting Autism Speaks at Dover International speedway.

Surprising:  It seemed that for many drivers, Miles the Monster not only bit them on the track but also in the pits. Carl Edwards had a terrible pit stop, with one of his pit crew members face planting after not being able to disengage the wrench from the back of the car. Edwards also suffered a pit road speeding penalty to add salt to the wound.

“We had a couple problems on pit lane, but the biggest problem was my speeding,” Edwards said. “I didn’t realize I couldn’t speed in that segment so I was being a little aggressive and that cost us.”

“I did not want to finish 19th today. I thought we had a top-three car, so just frustrating. But, once we got back there man it’s very hard to get track position.”

Dale Earnhardt Jr. was also bitten by the Monster on pit road as he too got tagged for speeding. The driver of the No. 88 Nationwide Chevrolet later tweeted “We worked hard as hell all day. The car was fast. I f’d up and sped on pit road. It happens. Passed a lot of cars and had fun considering.”

Dale Junior ended the race in the 14th position.

Not Surprising: Oops he did it again. In spite of qualifying 14th, Jimmie Johnson won again at Dover, scoring a perfect ten at that race track. And with that he became the only the fifth driver in NASCAR history to win ten races at a single track, joining Richard Petty, David Pearson, Darrell Waltrip and Dale Earnhardt.

This was also Johnson’s fourth win of the season.

“What a long hard fought day to get to the front,” the driver of the No. 48 Lowe’s Pro Services Chevrolet said. We did a great job hanging in there. My pit stops were awesome.”

“It was just an awesome day at the race track.

Surprising:  The Monster Mile has often been compared to Bristol on steroids, but the tracks also had something else in common with each other, that of tempers flaring. Martin Truex Jr., who again led the most laps yet finished in the sixth position, had a run in with Kasey Kahne, who finished fourth.

“Martin was back behind me to get a run on me, obviously; the spotter said I was clear, so I just went to the bottom getting into (Turn) 1. I think he was a little upset. He gave me a bump after the race. But I don’t know. I didn’t really know what else to do other than to go there with guys on my outside, and stuff.”

“He ran me down on the apron,” Truex said of Kahne. “So, I either had to let off or wreck all of us.”

Kyle Busch, behind the wheel of the No. 18 Skittles Toyota, also was unhappy with Brian Scott and vice versa after an on-track incident that cost both of them good finishes.

“I guess Brian (Scott) said his spotter didn’t say anything and he just chopped the corner and I was under him already and it just sucked me around,” Busch said. “I hate it. This is a shame. This isn’t what we need, and we weren’t going to win today, but it doesn’t help when you finish 40th.”

The final dust up occurred between Denny Hamlin and Clint Bowyer, who also exchanged words after the race was over.

“It was a bad day,” Hamlin said. “Bowyer just said he was sorry. He ran into the back of us and wrecked us. That was it.”

Not Surprising:  The Monster Mile itself had some issues reminiscent of last year with parts of the track coming up, as well as a patch crumbling in Tony Stewart’s pits.

And in typical Smoke style, he asked this of his team on his in-car audio about his crumbling pit staff, “Is that Andreas fault type s*it?”

Surprising:  Trevor Bayne, who has been struggling recently had double trouble at Dover, wrecking as well as getting called to the hauler because he exited his car before safety workers arrived.

“It is really unfortunate,” Bayne said. “I am not sure what else to say about it. I felt we were making progress on our race car. I don’t think we had a great car today by any means, but you never want to tear them up by any means. It really stinks.”

Not Surprising: It seems that when Jimmie Johnson finishes first, there is one driver always right behind him. Kevin Harvick in his No. 4 Ditech Chevrolet took the runner-up spot yet again, pronouncing his run a ‘good solid day.’

“We just struggled at the end of the race on restarts, really all day on the restarts,” Harvick said. “All in all, everybody did a great job, and I think when you look at Dover it’s been a good racetrack for us.  We’ve led laps and just haven’t quite finished it yet, but a good, solid day.”

Surprising:  Sometimes even champions know that it is better to be lucky than good. And that pretty much described the day of the driver of the No. 24 3M Chevrolet Jeff Gordon.

“We just aren’t good enough to be further up there,” Gordon said. “We have some work to do.  We fought hard today that is for sure.  I like the fight, but we have to get better than that.”

Not Surprising:  As the drivers battled such a difficult track, it was no wonder that there were plenty of hoods up on pit road, including the cars of Matt Kenseth, Ricky Stenhouse Jr., and Austin Dillon.

“Not really sure, we broke something in the suspension and I’m not really sure what,” Kenseth said after his hood went up ending his day in the 39th position.

Surprising:  Kyle Larson finally pulled off what he called the ‘first real kind of solid finish of the year’ as he took the checkered flag in the third position in his No. 42 Target Chevrolet.

“Really good run for us, first top three of the year, first real kind of solid finish of the year,” Larson said. “Proud of my guys for the job they did to rebound from last week to bring a better car to the racetrack.”

“That was just a nice solid day.”

Not Surprising:  Paul Menard, in his usual quiet style, had a great run at the Monster Mile, finishing 8th in his No. 27 Pittsburgh Paints/Menards Chevrolet.

“Good day, we made some really good adjustments,” Menard said. “Overall a good day. We just haven’t been finishing where we have been running. To come away from Dover with a top 10, we should have been top five, but our lane just didn’t go at the end.”

Surprising: A group of drivers and NASCAR met prior to the Dover race to discuss how to improve racing, as well as how to keep those behind the wheel safe.

“I’m glad NASCAR wanted to do it and I think it gives us all a better opportunity to sit down and talk about why they make the decisions they make,” Dale Earnhardt Jr. said. “We can talk about potential ideas to make sport better in a good, controlled atmosphere. It works really nice.

Not Surprising: Aric Almirola, driver of the No. 43 Smithfield Ford scored his first top-five of the season. And though he was pleased with the finish, the Petty driver acknowledged that was one of his hardest fought runs to date.

“I earned my money today that is for sure,” said Almirola. “This Smithfield Ford Fusion was tight early. Trent Owens and the guys made really good adjustments on the car and got it better and better. Finally, we weren’t the lucky dog, we raced and stayed on the lead lap, and when the caution came out, we got a chance to restart with the leaders. That was the big break for us.”

“It was a great day for us, a really good points day for us,” Almirola continued. “I am proud of Trent and all the guys at Richard Petty Motorsports. They have been working their guts out trying to bring better cars to the race track week in and week out.”