Finley Factor: The Top Five of All Time – Part One 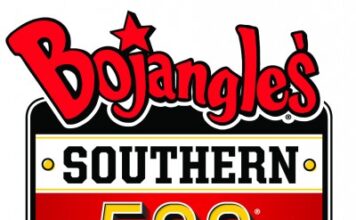 In honor of the Southern 500, the biggest race in NASCAR in the 1950s and the first fully paved oval, being moved back to Labor Day weekend, I have decided to list my top five Cup Series drivers of all time.

A couple of notes first, however. Notice that this is about Cup success, not factoring in any other racing series, NASCAR or otherwise. I don’t think it would be fitting to name AJ Foyt as the greatest NASCAR driver of all time, for example. The second being that, well, this is my list. My word isn’t law, and to be honest you could probably rank any of my top five as the greatest and make a pretty good argument for him. Just remember that this is all a matter of opinion, and I’d actually love to hear your thoughts in the comments below.

Before we get started, however, there is one thing I need to get out of the way-

Petty was definitely a very good driver, but looking back I feel he had a lot of luck on his side. For example, Petty Enterprises, being one of very few Chrysler teams in the ’60s and ’70s, had most of Chrysler’s racing budget behind it, in addition to a huge STP sponsorship when nobody else had big sponsorship deals. And when the King jumped over to Ford in 1969, although he won the championship, the real star for Ford’s 1969 season was LeeRoy Yarbrough. The man-not-related-to-Cale became one of only two people in history to win the Daytona 500, Coca-Cola (World) 600, and the Southern 500 in the same year. In a time where big races were much more prestigious than the point’s championship, Yarbrough greatly overshadowed Petty in the same make of car. Petty was also one of very few to run full season schedules before 1972.

That’s not to say Petty was always lucky. If it wasn’t for injury and in one season manufacture politics, Petty could of very easily been a 10-time champion. The championship wasn’t a priority to most before 1972 when the season was shortened and more money was put into the points fund through Winston, but even so Petty wasn’t just a points driver. Petty’s seven Daytona 500 wins may be just as unmatchable as his 200 victory record.

But let’s also not pretend that all 200 of those victories were really equivalent to today’s modern Cup races. Is winning a 100-mile dirt race in a field of only two or three (at best) good cars really the same as winning a 400-mile race at Pocono against 20-25 good cars? No, and with so many negatives going against Petty, I can’t put him into my top five.

However, Petty is the most important driver in the history of NASCAR for what he does off the track to this day. Setting a standard for his fellow drivers and projecting a family friendly image in the then not well-respected sport earned him and NASCAR legions of supporting fans. His 1972 STP sponsorship deal, although definitely not the first time a car has been sponsored, showed how race teams could survive in a post-factory team NASCAR. Petty is the last person still involved with the sport who was present at the very first Cup race in 1949, and the King is still a constant presence in the garage area to this day. This is what makes Richard Petty great, not how many races he won or how many Cups he has in his living room. Cale Yarborough was a very simple driver. He wasn’t going to go out there and conserve his car through a long race like his longtime rival Darrell Waltrip (and according to Waltrip’s book, the two are not exactly good friends to this day). No, Yarborough, similar to his team owner Junior Johnson, went 110 percent every lap of every race, and with Johnson’s driving style, created a multi-year dynasty.

Yarborough wasn’t the first to win races with the Wood Brothers, but he was the first to do so consistently from season to season. Although Cale did win a dirt track race or two in his early career, like David Pearson he always seemed to turn it up a notch at the big speedways. He was the king of the Southern 500, his hometown race that he won six times in his career. He holds four Daytona 500 wins, 2nd most all-time behind only Richard Petty’s seven.

There are two reasons why Cale isn’t higher on the list. The first is that he refused to change his style, which cost him victories such as the World 600, a tough race Yarborough never won. The second being that he just didn’t have more years on top. When he ran part time in the ’80s, he did very well but didn’t dominate like Pearson had 10 years earlier, and I doubt he would have beaten Darrell Waltrip or Bobby Allison for a  championship in the early ’80s.

Yarborough was a character among characters, and might be only behind Curtis Turner when it comes to stories. Like the time when Yarborough poured cold water on a showering Tiny Lund and was chased around a hotel by the naked 6 feet 5 inches tall, 270 pounder. Or the time Yarborough went over the guardrail out of a racetrack and quipped that he knew he was in trouble when he saw grass, as there is, in fact, no grass on the racetrack. My favorite Cale story, though, didn’t even involve him. In Richard Sowers’ “The Complete Statistical History of Stock-Car Racing: Records, Streaks, Oddities, and Trivia,” Sowers told a story about when Dale Earnhardt Sr. had just won his seventh championship and was doing an interview for the media. During a break in questions and comments comparing him to Petty as the greatest of all time, Earnhardt leaned in and told the interviewer, “We all know Cale was the best.”

Jeff Gordon was the first modern NASCAR driver. The Californian, who made his Sprint Cup debut at 21 in the Dupont Chevrolet for Rick Hendrick in 1992, just started in his 785th consecutive race for Hendrick at 44 in the Axalta (which is basically the same sponsor, just a different parent company) Chevrolet.

Gordon was the first to win a championship for Rick Hendrick and thus helped create a 20-year dynasty for the race team. A bad year for Hendrick Motorsports is not winning a championship, and since 2006 all but one championship winning team uses Hendrick equipment.

What is there to say about Gordon that hasn’t already been said? He has won at every single track he has raced at in Cup with the exception of Kentucky.  His teaming with Ray Evernham is up there with Johnson-Knaus and Stewart-Zipadelli among modern driver-crew chief pairings. In 1998, Gordon averaged a 5.7 average finish, a feat only beaten by Petty and Yarborough in the modern era against a less competitive field. The year before that, Gordon become the only driver in the modern era to win the Daytona 500, Southern 500, and the Coca-Cola (World) 600.

Gordon from 1995-1999 was unstoppable and could probably beat almost any other driver at any point in history, but in some ways his overall career has been more impressive. Among Hall of Fame locks, only Jimmie Johnson has also stuck with one team throughout their career, and even then Johnson’s starts will not be consecutive. Gordon is only a month away as of the time of this writing from breaking Ricky Rudd’s streak of 788 consecutive starts. In this new Chase era of drivers being able to miss races for injury without hurting their championship chances, this will probably never be broken.

Why is Gordon not higher? The only thing holding Gordon back is that he has stuck with one team throughout his career, and thus didn’t have success with multiple teams like say Rudd did. Outside of that, really the drivers ahead I feel are better than Gordon, which really says a lot about the top three.

Check back early next week for part two plus my Darlington preview.

All statistics for the Finley Factor are provided for by Racing Reference unless otherwise noted.