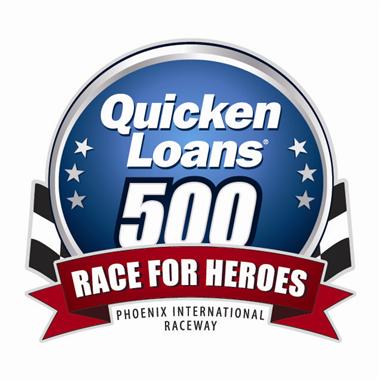 Joe Gibbs Racing driver Carl Edwards was made available to the media at Phoenix International Raceway:

CARL EDWARDS, No. 19 STANLEY Tools Toyota Camry, Joe Gibbs Racing
Are you looking forward to this Phoenix race?
“I love this place, it’s really a fun track. The car was fast in practice, so we have to keep working, keep moving forward. For me personally, I don’t think there’s a better track to come to with the pressure on us and to have to perform. We’ve ran really well here. It’s only been one practice session, but it appears we’ve made some gains from the spring and there is some speed there. It’s exciting.”

Is the intensity of the Chase ramped up at this point in the season?
“I think this part of the season is the most fun part of the season for myself because you get an opportunity to go win a championship. With that comes pressure, but that’s what makes it neat. You get to race against the best drivers in the world, at their best under all of this pressure in this format. I was looking out in the garage today and it’s crazy as you look at the cars lined up there in the garage and four of us are going to have a chance, and four aren’t next week. I think it’s fun, but I do think it’s interesting to watch how everyone responds to the pressure. Even the pit crew members, the crew chiefs, the drivers – everyone. It’s intense, every pit stop matters, every restart matters, qualifying is important. You can’t have any mistakes.”

How do you handle the stress of the Chase?
“It’s fun. There’s two sides of it. I sit there and I think, ‘Man, I have to do well, I can’t mess up, I have to really do a good job in qualifying, I have to give them good feedback. Then the other times I’m in the car before they let us go out to practice and it’s like, this is so cool that I’m sitting here with an opportunity to go out here and perform at this race and have a shot to win a championship. The word I would use if I had to describe it for me, it’s not really pressure – it’s excitement, it’s exciting to be a part of it. It’s cool to think they’re going to drop the green flag and we’re just going to go race and whatever happens, happens. That’s a lot of fun for me.”

How does it feel to approach Phoenix considering where you are in the points?
“I was thinking about last year and I couldn’t remember the points, but I remember thinking we just weren’t very fast last year at this race. We tried hard and we gave it all we had, but we didn’t have much speed. This year feels a little different to me for a couple of reasons. I feel like our team is gaining ground. I feel like from a strategy standpoint that Darian (Grubb, crew chief) does such a great job, we have an opportunity there. On the other side of it, it feels like the competition is tougher, it feels like everybody is closer, it’s more knife-edge. Everyone has figured out this format. They’re working every possible angle on pit road and on the restarts, in qualifying, pit selection – it’s just closer competition. It’s going to be tougher this year overall, but I believe we have more speed so hopefully that will help us.”

What can your race team do to ensure both you and Kyle Busch advance to the final round?
“Once the race starts, it’s every man for himself. We’re racing all the guys that we have to race – I guess there’s six of them that we have to race here this weekend to beat to make it in. I will say, throughout this whole season, I’ve been amazed at how well everyone works together, especially the drivers at JGR (Joe Gibbs Racing). Really, there have been no issues, nothing got any bigger than discussions about how we race one another and sharing information and all that has been really positive. I hope that stays the same way. I hope Kyle (Busch) and I both make it – that would be really fun to race him at Homestead. Like I said, once we get to the race on Sunday, it’s every man for himself.”

Is Kevin Harvick your main competition for this weekend?
“Those guys are definitely fast here. We’ll see how it goes tomorrow, but it appears that they’re (Kevin Harvick) really fast here in this first practice. This sport changes and everybody works and you never know what’s going to happen. The other thing that can happen here is it can become a real strategy race at the end. It has been pretty spectacular at what that 4 team has been able to get done. It is such a tough race to win, I can attest to that and to win, I guess five out of the last six – that’s spectacular. If we can beat those guys, we’ll be alright.”

Can you points race yourself into the final race?
“That’s how it’s determined, right? Whoever scores the most points. We feel like, if you look at the scenarios, we’ve really got to perform here. We have to win this race – that’s our mission. We have to qualify well, we have to make good decisions and really we have to have some speed. We are approaching this race as a must-win race. That’s the only way to guarantee our spot. If one of the guys behind us leap frogs us and wins, it’s going to be a tall order to advance, so we just have to give it all we’ve got.”

What’s changed with your race cars since the last time you were at Phoenix?
“Speed fixes everything, if you have a fast race car it makes everything a lot easier. There are some things we’ve worked on, without getting into specifics – we have faster cars so that’s good. We understand a little bit, after the spring it was frustrating enough that we really understood where we lost ground and where we were struggling so we worked on all those things. I don’t know why, for some reason as an organization this place, JGR has had a lot of trouble here recently. In a way it’s probably good we ran that poorly in the spring because it really brought everybody’s focus around. Heck, it’s only one practice session, but we had some speed out there. I feel like that’s a big step forward.”

What’s your outlook for qualifying?
“This track changes a lot. You don’t really know how your balance is going to be in qualifying. I think we were fourth at the end. I feel like the car has a lot of speed in it and if I do my job right, we’re guessing a little bit at some changes and if we get that right then definitely we can get the pole. I was pretty happy at fourth so I quit looking. We ran a 25.45 and Jimmie (Johnson) ran a 25.38 – I don’t know how fast it will be once it cools off, but this place is just touchy. You have to get a perfect lap. I’m glad we’re there and not in the back half. I feel like we have a shot at it.”

What’s been the biggest improvement on the technical side with your race team since the season began?
“They don’t allow me to talk about technical things with you guys. In fact, I don’t think they share a lot of them with me to be honest with you. Overall, we’ve gained a lot. As a group, if you look at what TRD (Toyota Racing Development) has done, what Joe Gibbs Racing has done – the way they work together. Joe Gibbs’ leadership, I think somebody pointed out the stats of the first 15 races versus our last 15 races and it’s a completely different team, completely different results. I’m just proud of how everybody moves forward. It’s crazy to watch a group of people be able to push forward and to overcome problems as well as JGR does. I think we just have good things to look forward to. If we do well here, I’m telling you, Homestead is going to be awesome. I think Texas, Kyle (Busch) and I finished fourth and fifth, we made improvements and Homestead plays into our hands better. If we can get through this and possibly get a win or advance through the points, I feel really good. I don’t know that it’s just one technical thing, to answer your question. I think it’s overall as a group just making better cars and working well together and then Darian (Grubb, crew chief) and I working together and getting to know each other. If you step back and look at it, fourth team is a huge undertaking, a lot of people have made this work out and I think overall it’s been huge improvements in a number of areas.”

Did you have fun being on an episode of Chicago Fire?
“I guess I was on something last night. I got some texts from my buddies making fun of me so I don’t know exactly what was on television last night. I was flying. ‘Chicago Fire’ was a lot of fun, those guys are great. It was really neat to do that. NASCAR has setup a couple of things like that, they’ve been a lot of fun and I’ve enjoyed them. It’s something so different, it’s really a good time.”

What has it been to work with your crew chief Darian Grubb?
“I’ve had a lot of crew chiefs and I don’t know that I’ve ever had a guy better than Darian on the box. He just has a real sense of what’s happening in the race and it’s amazing how especially towards the end of the event he always makes the call that is the best call. I don’t know if he does it with stats he goes through or he writes it out or is just in his gut. He just has a really good sense and I think in this day and age with the way the sport is, how tough it is to get track position, that’s invaluable having him up there.”