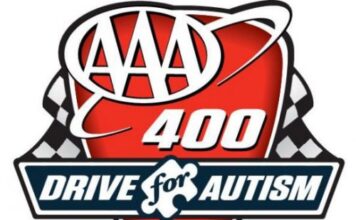 DENVER, Colo. (May 10, 2016) — Martin Truex Jr. could use some home cooking after suffering a devastating loss Saturday night at Kansas Speedway where he was dominant until a brake head bolt broke late in the race and got lodged behind the wheel. He led 172 of the 267 laps.

Well, the good news for the Furniture Row Racing driver is that he will be in the confines of his home track for this weekend’s Sprint Cup Series race at Dover international Speedway.

The Mayetta, N.J. native shares an affinity for the 1-mile all-concrete oval. The Monster Mile was the site of Truex’s first Sprint Cup victory. Last year at the spring Dover race he led the most laps (131) but got shuffled back to a sixth-place finish after a couple of late race cautions.

“Last week is last week, if you dwell on the past you’ll go crazy in this business,” said Truex, who claimed the Kansas pole. “The one thing that I do know is that we’re bringing fast cars to the track. And if we continue to run as we did in Kansas we’ll close the deal.”

Truex expects his No. 78 Furniture Row/Denver Mattress Toyota to once again be strong in Sunday’s AAA 400.

“I have a comfort zone when it comes to Dover,” said Truex, who has recorded five top-seven finishes in the last eight races at Dover. “I’ve been racing there for a long time and feel I know how to attack the track.

“However, it’s a tough track where trouble can surface no matter what position you are running in. I keep on saying if your car is off in Dover it can be the most miserable 400 miles, but if you have the car dialed in it can be very rewarding.”

Dover was one of the four consecutive tracks where Truex led the most laps last year in the spring. He was also the lap leader at Kansas, Charlotte and Pocono. He closed the deal at Pocono, notching his third career Cup victory.

“We’re in the same stretch and I feel confident that we can turn one of the upcoming races into a win,” said Truex.

“Right now we’re in pretty good position in points to make the Chase,” noted Truex. “But I hate to bank on points, I would rather have a win in our column which virtually guarantees a Chase berth. We’ve been knocking at the door and now it’s time to kick it in.”