Reed Hopes to Continue Momentum at Site of First Win 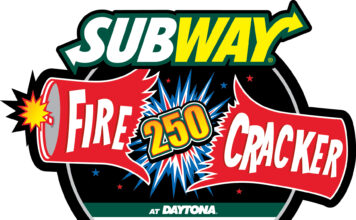 DAYTONA BEACH, Fla. (June 29, 2016) – After a lackluster start to the 2016 season, Roush Fenway Racing’s Ryan Reed has found success in the past two NASCAR XFINITY Series races, showing speed and finishing in the top 15 at both Michigan and Iowa. This weekend, Reed hopes to continue that momentum at the track where he has been the most successful – Daytona International Speedway (DIS).

“I hate to jinx ourselves, but Michigan and Iowa were really a turnaround for us,” said Reed. “I feel like we had such bad luck for so many weeks in a row there and to have a good run two weeks in a row was encouraging. Daytona is a perfect place to continue that run and improve our championship hopes, as well as be in contention for a win.”

This weekend’s race at DIS marks the halfway point in the season, with 12 races remaining before the start of the inaugural NASCAR XFINITY Series Chase for the Championship. Reed is currently in position to make the Chase, with a 10th-place spot in the points standings. To lock himself in, he would need a win in one of the next 12 races.

Statistically, Reed has performed better at DIS than any other track on the circuit. Of the five races he has participated in at DIS, he has led 14 laps and recorded an average finish of 10.4, his highest of any track. While superspeedway racing can be unpredictable, Reed knows that going back to Victory Lane at Daytona isn’t out of the question.

“Getting another win at Daytona would be really special, but also huge for us as we enter the Chase,” said Reed. “Our Roush Fenway Fords are so good at superspeedways and there’s no reason we can’t put the No. 16 Lilly Diabetes/American Diabetes Association Ford Mustang back in Victory Lane this weekend.”

Reed’s storybook win at Daytona in 2015 was not only his first career win, but also the first win for Roush Fenway Racing in the XFINITY Series at Daytona. Reed, who was diagnosed with type 1 diabetes in 2011 and told he would never race again, was overcome with emotion as he climbed out of the car. This is for … every kid who gets diagnosed with diabetes, or anything, that says you can’t do something, just go out there and overcome it and do it and win. Do the best you can. This is unreal. It hasn’t even soaked in yet.”

“This is for … every kid who gets diagnosed with diabetes, or anything, that says you can’t do something, just go out there and overcome it and do it and win,” said Reed. “Do the best you can. This is unreal. It hasn’t even soaked in yet.”

Reed’s journey back to Victory Lane at DIS begins with two practice sessions on Thursday, June 30th and rolls into single-car qualifying on Friday, July 1st at 2:10 p.m. ET.

Reed and the rest of the NASCAR XFINITY Series take the green flag at DIS on Friday, July 1 at 7:30 p.m. ET on NBC Sports Network and MRN.