Wallace Looks to Close out 2016 Strong in Homestead 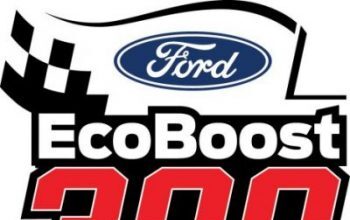 “I have always loved racing at Homestead,” said Wallace. “It’s a track that allows you to race all over the place, which makes it a ton of fun. Whether it’s rolling around the top or hugging that white line on the bottom, there’s plenty of room to make moves and work your way forward. I’m definitely looking forward to getting there and unloading a fast Leidos Mustang.”

Wallace enters Saturday’s race a past winner at the 1.5-Mile oval, previously going to victory lane in the 2014 NASCAR Camping World Truck Series (NCWTS) season finale after starting from the eighth position and leading 30 laps.

“Having won here in the past definitely gives an added boost of confidence heading into this weekend,” added Wallace. “Plus, we had a really fast Leidos Mustang last weekend at Phoenix and I’m very confident that (crew chief) Seth (Barbour) will give me another great Mustang for Saturday that will let us get out there and get it done.”

The green flag for Saturday’s NASCAR XFINITY Series season finale at Homestead-Miami Speedway is scheduled to begin at 3:30 p.m. EST. and will be live on NBCSN, MRN and SiriusXM NASCAR Radio Channel 90.