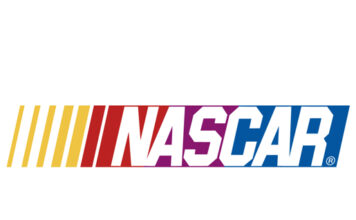 XFINITY X1 Technology Brings Fans Closer to NASCAR than Ever Before

DAYTONA BEACH, Fla. (Dec. 1, 2016) – Comcast will be honored with the 2016 NASCAR Marketing Achievement Award for its support of the NASCAR XFINITY Series™, known as the series “Where Names Are Made.” The company, which also serves as the Official Entertainment Provider of NASCAR®, will be recognized at the NASCAR NMPA Myers Brothers Awards today.

At the track, Comcast engaged fans, the industry and media at its state-of-the-art activation space, the XFINITY Zone. The award-winning fan zone allowed thousands of fans to interact with drivers and utilize the technology that is changing the live sports TV experience. Off the track, Comcast is working to recognize charitable efforts of NASCAR team members through the Comcast Community Champion of the Year Award, which was created in 2015.

“The innovation that Comcast delivers through its XFINITY brand drives deeper engagement and is transforming the way fans consume our sport,” said Brent Dewar, NASCAR Chief Operating Officer. “Our partnership with Comcast is one of the most unique and powerful in all of sports, and our work together this year has helped elevate the NASCAR XFNITY Series to new heights.”

In year two of the partnership, NASCAR and XFINITY collaborated on changes that differentiated the series and further integrated the XFINITY brand into the sport. The introduction of an elimination-style Chase and a new Dash 4 Cash format enhanced competition, spiked fan interest, and generated even more drama around the series. The competition changes were accompanied by a new visual identity, providing the NASCAR XFINITY Series with its own distinct look across digital, social, at-track and on broadcast.

“We are honored and excited to accept this year’s NASCAR Marketing Achievement Award, as it is a direct reflection of the successful and progressive partnership we’ve had with NASCAR since entering the sport in 2015,” said Matt Lederer, Executive Director of Sports Marketing at Comcast. “All of us at Comcast are committed to continuing to find new and innovative ways to bring fans closer to the sport they love through XFINITY products and services.”