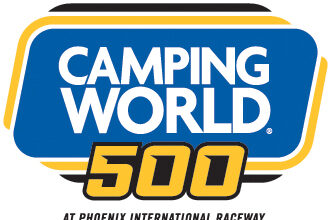 Kevin Harvick, driver of the No. 4 Jimmy John’s Ford Fusion, has had great success at Phoenix International Raceway, having won eight times in his career.  He’s been most dominant over the last five years, having won six of the last nine Monster Energy Cup Series races at the facility, including four straight at one point.  Crew chief Rodney Childers spoke about the team’s two-day organizational test session at PIR last month, and his hopes for this weekend.

RODNEY CHILDERS, Crew Chief – No. 4 Jimmy John’s Ford Fusion – HAVE YOU BEEN SURPRISED AT HOW QUICKLY YOU’VE BEEN ABLE TO MAKE THIS CHANGEOVER AND BE SO COMPETITIVE RIGHT OUT OF THE GATE?  “I think we all expected to do well.  We worked really hard over the winter and all of our preparation has been really good, but the biggest thing is just keeping that going over time and our group has done a good job of that the last three years, but we just have to keep it up.  Hopefully, we can keep doing that as the year progresses.”

YOU DID THE ORGANIZATIONAL TEST AT PHOENIX.  WHAT DID YOU THINK GOING IN AND THEN COMING OUT OF THAT TEST?  “Going into it I thought we’d be competitive from his standpoint.  We’ve had a good setup there that last three years, but the test didn’t start out the way we wanted it to.  We struggled the first day and really about half the second day, and then we got going really good at the end of the second day.  We learned a lot out there and look forward to going back and, hopefully, have another shot at the victory out there.”

FROM A CREW CHIEF PERSPECTIVE WHAT DO YOU NEED TO DO WELL AT PHOENIX TO BE FAST?  “The biggest thing is just having a car that turns really good.  That’s where we seem to excel is getting through three and four and rolling through the center of the corner the best.  Normally if you can do that, you can kind of get off the corner when there are problems.  That’s what we struggled with out there at the test and just trying to keep the back of the car under him, but have the front end of the car turn.  Like I said, I think we got it a lot better toward the end of the test and, hopefully, we can be even better when we go back.”

WHAT DOES KEVIN LIKE TO SEE IN THE CAR THAT IS DIFFERENT FROM SOME OTHER GUYS YOU’VE WORKED WITH?  “The biggest thing with Kevin is he just understands what it’s supposed to feel like.  We got pretty fortunate when I started the 4 team and we unloaded in 2014 and we were fast off the truck, and we really haven’t had to change a lot since then.  As a group we’ve done a really good job and he gives us the feedback that we need to make the car better during the weekend and all of that has just kind of worked out over the last few years.”

HOW DO YOU FEEL ABOUT STAGE RACING?  ARE YOU PULLING YOUR HAIR OUT OR JUST WORRYING ABOUT BEING FAST?  “We don’t worry about that side of it.  We’ve done the same thing over the years.  We just try to be as fast as we can and lead as many laps as we can and that has paid off for us in the past.  Hopefully, we can keep that up as the year goes on.”

HAS THE BIGGEST ISSUE DURING THIS TRANSITION BEEN FINDING THE PROPER BALANCE FOR THE FUSION?  “Yeah, I think so.  It definitely feels like the Ford body has more front bias, balance than what we were used to and that’s just something you’ve got to figure out with a few tests and racing it a little bit.  It’s just a change.  It’s not something that’s gonna hurt one way or another, you just have to adapt to it like we adapt to changing tires each week.  Overall, it’s been good and we really haven’t had any issues with it.”

HAS IT HELPED SPEED UP YOUR LEARNING BY BEING ABLE TO PARTICIPATE IN THE PHOENIX TEST?  “I don’t know.  I think the guys that didn’t make any changes over the winter are probably in the best shape.  Even though we were fast in Atlanta, I still don’t feel like we’re where we need to be.  We’ve got a lot of things that we’re just getting going and it seems like every body on every car is different right now, just because we’re searching of what’s right and what’s wrong, so, overall, we’re just trying to figure everything out.”