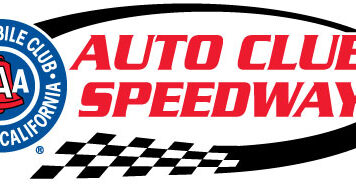 Rookies in the Spotlight… Toyota drivers Daniel Suárez and Erik Jones earned their career-best Monster Energy NASCAR Cup Series (MENCS) finishes of seventh and eighth, respectively, at Phoenix International Raceway on Sunday. The rookies have a combined nine NASCAR XFINITY Series (NXS) victories and eight NASCAR Camping World Truck Series (NCWTS) wins, and are looking for their first Cup victory this season. Suárez is the 2016 NXS champion and Jones is the 2015 NCWTS champion.

So Cal History Rich… Toyota Motor Sales, U.S.A., Inc. is currently headquartered in Torrance, California and Toyota sold its first car in America – the Toyopet Crown – in its initial dealership located in Hollywood in 1957. Newport Beach, California-based Calty Design worked with Toyota Racing Development (TRD) to design the new 2018 Toyota Camry race car that Martin Truex Jr. drove to victory lane at Las Vegas in the MENCS. Calty also designed the current Toyota Camry production car, which has been built in Georgetown, Kentucky for more than 25 years. The Camry has been the best-selling car in America for 15 straight years.

California Born Power… TRD, U.S.A. (Toyota Racing Development) is based in Costa Mesa, California where the 47,000 sq. ft. facility employs about 200 associates. TRD is responsible for the design, development, testing and production for the Cup Series engines used by Joe Gibbs Racing and Furniture Row Racing. Before racing at Auto Club Speedway, the TRD engines traveled from Southern California to North Carolina and Colorado for installation by the teams before the TRD-powered Camrys were then transported cross country back to California for the Auto Club 400.

Toyota Time… Toyota drivers from NASCAR, NHRA, off-road and drift racing, as well as Lexus Racing IMSA drivers, will visit Toyota’s Torrance, California facility for the annual Motorsports Day on March 23 to meet with Toyota team members. In addition to the events at Toyota headquarters, Toyota is the official pace car at Auto Club Speedway – who is celebrating their 20th anniversary this year – and the Camry will pace both the MENCS and NXS races over the weekend. Toyota PitPass, Toyota’s activation area for fans, will be on-site at Auto Club Speedway in the fan zone and features several interactive elements and a 50-foot Ferris wheel. The Toyota Speed Trap will also make its return to Fontana, displaying on-track lap speed to both fans and competitors from above Turn one.

NASCAR Goes West… Toyota Racing continues its #NASCARGoesWest road trip which is featured on @ToyotaRacing social channels and ToyotaRacing.com as NASCAR heads to California for the final of three races on its West Coast swing. Equipped in a 2017 Toyota Highlander, the team is scheduled to visit Huntington Beach as well as several Toyota and local landmarks.

Official Release
Previous articleFastest, Easiest and Most Economical Hotel Reservations with DEGARooms.com for TSS Race Weekend
Next articleHot 20 – You know all the big names on this list heading to Fontana, and some not among them