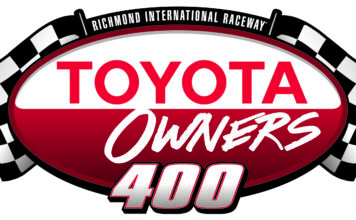 RYAN BLANEY (No. 21 Motorcraft/Quick Lane Ford Fusion) — “It was a good effort. I didn’t think we were very good in round one. I think we were 19th after round one and we got better for round two and obviously better for round three. That is something our team has done really well this year, improving from round to round. That is an area we struggled last year. We would always kind of go backwards from round to round last year and this year it is kind of opposite which is a lot better. That is just communicating what we need on the car and talking about where the track goes. That has been a positive this year and something we worked on in the offseason. I really want to race in the Clash at Daytona. These seconds are really hurting. That race to me is the coolest one and I need a pole to race that. I thought this was our worst race track last year. Both races went really bad for us and I know it is early in the weekend but I feel we have turned it around a lot from what it was here last year. That is a positive to look at.”

DO YOU FEEL LIKE YOU ARE PROGRESSING AT A FAST PACE? “We always need to be doing more work. You always want to keep improving and that is what this sport is all about, to prove every week. You never get happy with where you are running because everyone else is trying to beat you and get better. I like the progress we have made since 2015 with our part-time schedule back then. The progress is tremendous, running out front, qualifying well. This year has been a big jump for us as a whole team as far as getting along well together and communicating and having fast cars. That has definitely been a lot of fun. It is fun regardless to be with the Wood Brothers but when you are fast it makes it a little extra. I think we are right on pace to where we need to be and getting better every single week. It is all about keeping on going so that you never really settle. I don’t think we are that way and I think that is what makes this team really good.”