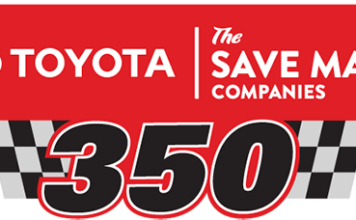 FORD PERFORMANCE NASCAR: SONOMA ADVANCE
The first road course race of the Monster Energy NASCAR Cup Series season is scheduled for Sunday at Sonoma Raceway, where Ford has won seven times. Here’s a look at some of those triumphs, along with updated notes heading into the weekend.

CUP DEBUT
Billy Johnson will be making his Monster Energy NASCAR Cup Series debut this weekend with Richard Petty Motorsports as he subs for the recovering Aric Almirola in the No. 43 Smithfield Fusion. Johnson has five career NASCAR XFINITY Series starts with Roush Fenway Racing and all but one of them has been on a road course. His best finish came in 2012 when he finished eighth on the road course in Montreal.

2017 VS. 2016
Ford has six wins this season, which is well ahead of 2016 when the manufacturer didn’t hit that mark until Aug. 1 (Chris Buescher at Pocono). In addition, Ford has had four different organizations win at least one race this season (Stewart-Haas, Team Penske, Roush Fenway and the Wood Brothers). The last time that happened was 1998 when Roush Fenway, Team Penske, Robert Yates Racing and Rudd Performance Motorsports all reached Victory Lane.

RUDD RUCKUS
When Ford took the checkered flag at Sonoma Raceway for the first time it came in controversial fashion. That’s because Davey Allison, the man credited with winning the Banquet Frozen Foods 300 in 1991, was sent spinning by Ricky Rudd as they were approaching the white flag. Even though Rudd ended up crossing the finish line first, he received the black flag from NASCAR for rough driving and awarded Allison with the trophy. The win was Allison’s first and only one on a road course and snapped an eight-race streak that had seen either Rudd or Rusty Wallace end up in Victory Lane at Watkins Glen International or Sonoma Raceway.

MOORE IS BEST
Little did anyone know that when Geoffrey Bodine won the Monster Energy NASCAR Cup Series race at Sonoma Raceway in 1993 it would represent the final win for car owner Bud Moore. Bodine, driving the No. 15 Motorcraft Ford, had just purchased the assets of Alan Kulwicki’s No. 7 team earlier in the week and after taking the checkered flag proceeded to honor the late driver by doing an abbreviated Polish Victory Lap. He was able to do that after surviving a fierce three-car battle on the final lap with Ricky Rudd and Ernie Irvan in which contact between all three cars took place. Moore, a NASCAR Hall of Fame inductee in 2011, won 63 series races during his career by 10 different drivers.

EDWARDS BREAKS DROUGHT
Carl Edwards snapped an 11-race winless streak for Ford when he captured the Monster Energy NASCAR Cup Series race in 2014 for car owner Jack Roush. Edwards held off Jeff Gordon on the final lap to post the first road win of his MENCS career. He did it thanks to a two-stop strategy and a timely caution. Edwards had just pitted on lap 70 when NASCAR threw a caution for debris one lap later. While most of the field decided to pit for new tires, Edwards and fellow Ford driver Marcos Ambrose stayed out and gained the necessary track position that put both in position to win. Ambrose took the lead from Clint Bowyer on lap 81 and brought Edwards with him, but another restart with 25 to go saw Ambrose and Edwards sharing the front row. Edwards got the jump and took the lead, which he never surrendered, although a hard-charging Gordon made it interesting on the final lap.