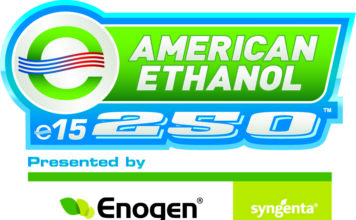 Joe Gibbs Racing driver Matt Tifft was made available to the media at Iowa Speedway:

MATT TIFFT, No. 19 Tunity Toyota Camry, Joe Gibbs Racing
How does it feel to be back racing at Iowa Speedway, the first race you missed last year due to your brain tumor?
“Yeah, it’s I guess it’s maybe a little bit ironic taking the stage right after the guy who won in the car in last year when I was out (Sam Hornish Jr.). That was a weird feeling for me – that was a time where I had the back injury, but I knew something wasn’t right with my head too, so all that stuff was going on, but the weirdest part that day before we figured out all of the obviously health issues was going on was watching that day the Matt Tifft nameplate or doorplate on the car in victory lane with me sitting at home watching on TV. That one – you’re sitting there – as a driver, you want that to be you driving the car, not somebody else driving the car, but obviously Sam did a great job last year getting it done for our team, but just so glad to be sitting here in 2017 knowing I don’t have that same circumstance, knowing I’m going to be in the car this weekend and obviously for the whole rest of the season. It was definitely a tough time to go through. Lots of questions being asked. I thought at the time, I could return at Daytona, so I was – I didn’t know exactly what was going on – but I was hoping I could return while they were figuring stuff out because I didn’t know the extent of anything going on, so that was obviously a tough couple weeks with the news that was broken to me there, so just very glad to be here at Iowa Speedway getting to race. You know, last year we tested the truck – we were going to run the Truck and XFINITY race – before getting pulled out, so we were all ready to go for it before that happens. So seems like we have a great car so far this weekend and hopefully we’ll be able to get a little bit of redemption and park the car in victory lane with my name on it with me actually driving it this time would be great, but it’s just been really cool this year to be on the advocacy side of things and having the National Brain Tumor Society partnered up with us and doing things with other groups to support our cause of brain tumor awareness this year has been awesome, so just very glad to be here today, looking forward to actually getting to race this weekend in Iowa.”

Who are some the drivers to beat this weekend?
“I think so far the – I thought that our JGR (Joe Gibbs Racing) cars and teammates (Christopher Bell and Kyle Benjamin) have been pretty strong so far. The 22 (Sam Hornish Jr.) so far too. Usually, the 7 car (Justin Allgaier) is – Justin’s pretty good on the short tracks, so he’s always one to look out for on these places, so we’ll how it flows out, but hopefully we’ve got our car tuned in just a little bit more this second practice and we’ll be one of the contenders this weekend.”

What’s the biggest difference between driving XFINITY and ARCA at Iowa Speedway?
“Yeah, so when I first started coming to Iowa, my first race here was in a late model with the ARCA Midwest Tour, so back then this place was smooth as glass. ARCA got a little bit more bumpy – K&N car too – and my goodness this place has gotten bumpy in a fun way. Trust me, I’m not wanting them to change that at all. It’s – this place is so much fun because it’s got so much character. It’s got a big bump down in the middle of 1 and 2. You’re fighting for grip off Turn 4, so the cool thing about this place now is it presents so many options as a driver – your entry points, your different lines. We have a night race and a day race, but it seems no matter what race it is you still have quite a few options, but it’s kind of back to the old school, short track racing that we all kind of grew up on of trying to get your car rotating really well through the center and hard, aggressive throttle up off which, you know, growing up in late models that’s a lot of what you focused on. So makes it fun for me to be able to go do that and this place is kind of like a short track, but in a way it races like an intermediate mile-and-a-half too the way it fans out, so I think it’s exciting for the fans and it’s definitely exciting for the drivers too.”

How do you feel you’ve started the summer stretch and are you prepared for the grind?
“The biggest thing for me is I’ve never done that many races in a row before, so it’s definitely a challenge with how many different kinds of tracks – you know, this month stretch here we have so many different tracks between short tracks, Pocono, Michigan, Daytona and obviously the road courses that come up in August – so lots of different places to try and improve as a team and improve as a driver, but I thought the last few weeks have actually been pretty good for our team. We’ve actually found some consistency. It was unfortunate what happened at the end of Michigan because I think we would have had close to another top-10 run there, so it’s been good that we’ve finally been able to build some sort of momentum there. We we’re kind of fighting to find that before, so I feel like we’re starting to find speed in our cars and getting our chemistry better, so obviously keep on continuing to do that. The next thing is obviously to start running in the top-five more consistently – not even just in finishes, but in the beginning and middle of the race and try to carry that out through the end of the race, so there’s going to be a lot of tracks to be able to do that. We just have – we have such a variation of tracks that come up, but we’re not looking at it as a whole summer stretch. You’ve just got to take it week by week and Iowa has always been a fun track for me, so I’m hoping that we really start kicking off in a good way this weekend.”

Do you feel like your team is ready to win?
“I feel like this is a really strong chance of a weekend for us to go out and win being at a standalone race and coming off the momentum that we’ve had. A few weeks ago, I don’t know if I could have told you that we would be capable of winning, but I think at this point, we are. We’ve got to just keep on – keep on trying and I think we’ve made positive, positive changes in our team and have had positive conversations and meetings that have really led to our team getting stronger, so at this point, yeah, I absolutely feel like we can go out tomorrow night and win.”