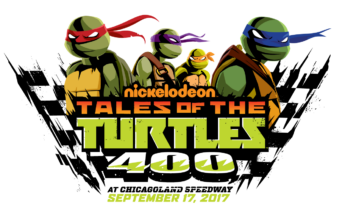 KEVIN HARVICK, No. 4 Jimmy John’s Ford Fusion
“I think that is right on target with what we need to accomplish at this particular point. I am really happy with the things that we did and the pace and everything that we have done so far. We just have to be consistent and not make any mistakes. That is the main goal here the next six weeks.”

WHAT IS THE GOAL FOR YOUR TEAM TOMORROW? “Our goal is top-five. How can we make the thing fast enough to run top-five and just be solid. That is something we haven’t done here the last couple of years.”

JOEY LOGANO, No. 22 Shell Pennzoil Ford Fusion
“We just didn’t go fast enough. We weren’t awful by any means but just kind of where we have been. It seems like we made a step from being a 12th-13th place car to a top-5 to seventh place car the last few weeks and that is kind of where we were in qualifying. We were fourth in the second round but just didn’t go fast enough. The car wasn’t that bad, we just didn’t go fast. The balance was close, we just need to go faster. Four-tenths is a lot. I don’t know how to find that much. I can find one for you but not four.”

BRAD KESELOWSKI, No. 2 Miller Lite Ford Fusion
YOU HAVE TALKED ABOUT THE FORDS BEING BEHIND THE TOYOTAS BEFORE, DID SOMETHING HAPPEN IN THE LAST COUPLE WEEKS TO MAKE YOU SAY SOMETHING AGAIN TODAY? “No, other than NASCAR’s complete inaction to level the playing field which is the precedent that has been set the last few years. Other than that, no. There are natural cycles where cars, teams, manufacturers whatever go up and down. At the start of the year we were at the top of the cycle. And at this moment we are not where we need to be. With respect to that, we were at the top and it seemed like there were a lot of rules changes us to slow us down and now you have cars that are so much faster than the field and the complete inaction by anybody. That is frustrating because parity is either good or it is bad. I don’t care either way. But when you are at the top you like being at the top, everybody likes being at the top.”

THEIR RESPONSE TO THAT IS THAT THEY WORKED HARD AND THEY WERE DOWN AT THE BEGINNING OF THE YEAR WHEN EVERYONE SAID THAT JGR SUCKS: “Let’s see what their answer is when the rulebooks get changed at the end of the year. It doesn’t look like it is going to happen in the Chase. That is just the way this sport goes. it is frustrating. Nobody likes to be at the bottom. We aren’t at the bottom but we are a long way from the top and we know that we have to find another gear. Winning counts and sometimes you have to catch a little bit of luck. That happens. The fastest car doesn’t always win. That has been the case a few times with late yellows and so forth. Winning races is more than one thing, it always has been and always will be. You always like to be close but right now we aren’t close.”

ARE YOU DISAPPOINTED THAT OTHER FORD DRIVERS HAVE NOT BEEN AS VOCAL AS YOU IN REGARD TO THIS ISSUE? “It is tough because I hate to try to speak for everybody else and I think there are a lot of people that cheer me on behind the scenes and support me when I get over the handlebars a little with things I saw and don’t say in front of the microphone. I like my position at Team Penske and feel pretty secure in driving there for a long, long time. I am not looking over my shoulder worrying about getting a ride with another manufacturer one day and that gives me some privileges that maybe some other guys don’t have.

RICKY STENHOUSE JR., No. 17 Fastenal Ford Fusion
“I was having to wheel it a lot right there, especially the first run that we aborted. We have been fighting and trying to get the balance. I was really tight in practice. We kept trying to loosen it up but it didn’t help me turn very much. We made a big swing in qualifying and got it way on the other side of being really loose. That is what you saw the first run. Hitting the seams, getting loose and running me up the race track. The guys made really good adjustments to our Fastenal Ford and was able to transfer that next run out and only missed the third round by 8-hundredths. Really good adjustments there that put us starting a lot further ahead than what I thought we were going to be. We beat four other playoff guys and really that is what we have to do every week, every race, every session. If we can continue to do that then it will be a gain for us.”