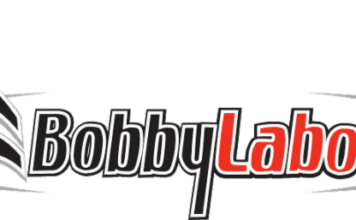 HIGH POINT, N.C. – (July 1, 2018) – In his first NASCAR Whelen Euro Series season, Bobby Labonte raced hard to a second place finish on Sunday, at the only oval track of the series. The result is the first podium of the season for Labonte, driving the #18 Yacco Toyota for the RDV Competition team based in Chartes, France.

With a NASCAR career spanning over 30 years, including two driver championships and wins in all three of NASCAR’s national touring series, Labonte’s oval track experience paid off in spades as he moved cleanly through the pack to the front of the race. Labonte was a clear pre-race favorite going in, but the heat was on as the air temperatures soared to 95 degrees. The day began with a morning practice session, followed by two semi-final heat races to set the final starting grid. Starting P7 in the finale put Labonte on the inside of row four of the short track.

“The RDV Competition team worked hard to get the #18 Yacco Toyota prepared for today’s race,” said Labonte. “We had a tough break yesterday with a mechanical issue, so to turn that around and finish second today is really good for us. Yacco has been behind us all season and we’re happy to run so well for them. It was hot out there and we raced each other hard and clean. I’m happy to be part of that, and to finish second feels good. I think we needed another lap or two and we might have had a chance at the win, but Tours, France was good to us today.”

The Whelen Euro Series attracts top drivers from all over the world looking to advance to the top levels of NASCAR in the United States. Labonte is proud to be an ambassador for the sport and he’s enjoyed helping the European series grow.

As the first American champion to compete full-time in Europe’s NASCAR series, the Tours race represents the fourth weekend of overseas racing for Labonte. Earlier this season, he competed on road courses in Valencia, Spain, Franciacorta, Italy, and Brands Hatch, United Kingdom. Two more road courses are on tap for September and October in Hockenheim, Germany and Zolder, Belgium. Sunday’s finish is a big boost to the team as it looks ahead to the playoffs.

About Bobby Labonte
Bobby Labonte is not only a successful NASCAR driver, he is also a successful television race analyst, businessman, and philanthropist. Labonte is in his fifth year as a race analyst and his second season on FS1’s NASCAR RACE HUB show. He currently owns Breaking Limits, a full-service marketing, public relations, sponsorship, and events agency, he’s a co-owner of Longhorn Chassis, a successful dirt late model and modified chassis and fabrication business and he leads the Bobby Labonte Foundation, which works in partnership with the local community to empower parents, families, and children to build a strong foundation for childrens’ futures.