Menard Ready For Some Rim Riding At Fontana 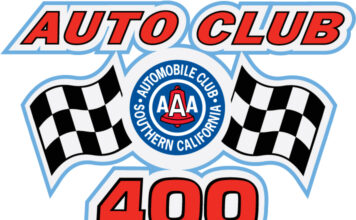 For Paul Menard and the No. 21 Menards/Moen team, Sunday’s Auto Club 400 at Auto Club Speedway in Fontana, Calif., will be like a mix of racing at Atlanta and Las Vegas.

Sunday’s 400-miler, the fifth race of the 2019 Monster Energy Cup Series season, will be run using the high downforce/lower horsepower package that was in place two weeks ago at Las Vegas Motor Speedway. But the track, with its worn asphalt, is expected to produce results more like the second race of the season, on the excessively worn pavement at Atlanta Motor Speedway. At Atlanta, the cars did not run the aero ducts that were used at Las Vegas and will be in place at Auto Club, and tire wear was a big factor.

Menard said he expects the uppermost groove at Fontana will be the place to run to be the fastest.

“You’ll see the top groove come in, and you’ll definitely see us running up by the fence,” he said.

Menard will be making his 17th career Cup start at Fontana, where he has a best finish of fourth in 2015 and two other top-10 finishes.

His No. 21 Wood Brothers team will be running its 22nd race at Fontana.