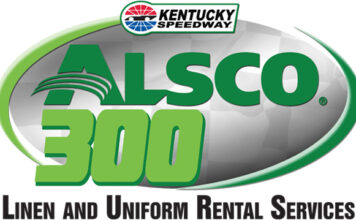 Michael Annett
No. 1 Pilot Flying J Chevrolet
• Michael Annett enters the race at Kentucky Speedway on a run of six top-10 finishes in his last seven starts, with a pair of third-place efforts his best among them.
• Kentucky has been good to the Iowa native, as his average finish on the 1.5-mile oval is fourth-best among tracks currently on the schedule.
• Annett’s best finish at Kentucky is fourth, in 2012, and half of his 10 starts there have ended in the top 10.
• In five starts on 1.5-mile tracks this season, Annett has an average finish of 6.4 and finished third in the most recent event at Chicagoland Speedway.

Justin Allgaier
No. 7 FilterTime Chevrolet
• In 12 NXS starts at Kentucky, Justin Allgaier has four topfive and eight top-10 finishes, with a best effort of third.
• The Illinois native currently has a streak of four consecutive top-10 finishes at the 1.5-mile speedway, including a third and fourth-place result in his two most recent starts.
• This season on tracks measuring 1.5 miles, Allgaier has two top-three finishes and an average start of 5.6.
• The 33-year-old driver currently sits fifth in the NXS point standings, just 145 markers outside the lead.
• The hood of the No. 7 Chevrolet carries FilterTime this weekend in Kentucky.

Ryan Truex
No. 8 ShopFGL.com Chevrolet
• Ryan Truex will make his second start behind the wheel of the No. 8 Chevrolet this weekend for JR Motorsports.
• In his first start for JRM earlier this year at ISM Raceway, Truex started ninth and earned a second-place finish.
• Truex has previously raced at Kentucky, making a combined three starts in the NXS and NASCAR Gander Outdoors Truck Series, recording a best finish of 13th in the NXS event in 2018.
• Overall in 2019, the No. 8 Chevrolet for JRM has scored four top fives and 11 top 10s, including Truex’s second place effort in ISM.

Noah Gragson
No. 9 Nationwide Children’s Hospital Chevrolet
• Noah Gragson will make his first NXS start at Kentucky on Friday night.
• In two previous starts in the NGOTS at Kentucky, Gragson has earned one top five, two top 10s and one pole.
• In eight previous NXS starts on tracks between one and two miles in length, Gragson has recorded two top fives and five top 10s with a best finish of third coming earlier this season at Las Vegas Motor Speedway.
• Through 16 events, Gragson currently sits sixth in the championship standings, 91 points ahead of the 12th and final Playoff position.

“Our No. 1 Pilot Flying J Chevrolet has been at its best on the 1.5-mile tracks this year, with lots of speed and drivability. I said a couple of weeks ago that racing well on these types of tracks will pay off in the Playoffs, and it’s even more the case now. Travis (Mack, crew chief) and the rest of the team have done a fantastic job of giving me fast Chevrolet Camaros, and we’ve been in contention to win a lot of races so far this year. I think you’ll see us in that same position at Kentucky.”– Michael Annett

“Our team has had some tough luck the past couple of races. We’ve had fast cars, but just didn’t get the results to reflect that. I’m ready to turn that around this weekend at Kentucky. We’ve run well there the past two races and I can’t wait to get back there with this FilterTime Camaro and see what we can do.”– Justin Allgaier

“I can’t wait to get back behind the wheel of this No. 8 Chevrolet for JR Motorsports. We had a really great run earlier this year and hopefully we can be just one spot better this weekend in Kentucky. Taylor (Moyer, crew chief) and I have a good game plan looking ahead to Friday and I’m just ready to go racing again and see what we can do. It’s going to be a fun time for sure.” – Ryan Truex

“This weekend in Kentucky is going to be a special one with our No. 9 carrying the Nationwide Children’s Hospital colors. Hopefully we can give them and the Patient Champions that will be with us a great night on Friday and end up in Victory Lane when it’s all said and done. We’ve had a lot of speed lately and I am very confident that we will continue that this weekend and be in contention when it counts on Friday.” – Noah Gragson

• JRM at Kentucky: In 47 starts at Kentucky, JRM has scored two wins, 12 top fives and 21 top 10s. Kevin Harvick recorded the organization’s first victory in July 2014 with Elliott Sadler earning the second in September 2016.
• JRM Souvenir Autograph Session: JRM teammates Michael Annett, Justin Allgaier and Noah Gragson will be signing autographs at the JR Motorsports / Hendrick Motorsports souvenir trailer at Kentucky Speedway on Friday, July 12 from 3 – 3:30 p.m. EST.
• Driven to Give: This weekend 55 drivers across the Cup Series and the NXS – including all four JRM drivers – will be participating in the 2019 Driven to Give Gloves Program, wearing the Dale Earnhardt Jr. inspired skeleton gloves while racing at Kentucky. The program works to support the Dale and Amy Earnhardt Fund at the Nationwide Children’s Hospital, helping kids everywhere. The race-worn gloves will be signed by both Dale Jr. and the driver, and will be auctioned off July 12-19. Bidding for the #NCHGloves will take place here.
• U.S. Cellular Sweepstakes: One grand prize winner will have the chance to wave the green flag for the U.S. Cellular 250 at Iowa Speedway and be an honorary pit crew member for JR Motorsports driver Justin Allgaier, who will pilot the U.S. Cellular Chevrolet Camaro SS in the NASCAR Xfinity Series race on Saturday, July 27. The sweepstakes, which runs through July 14, will also provide the grand prize winner and a guest an official pit crew shirt, a tour of the No. 7 team hauler, attend the driver’s meeting with Allgaier and crew chief Jason Burdett, plus sit atop the pit box for the race and more. To enter to win and to see the full sweepstakes details

Official Release
Previous articleFord Performance NASCAR: Kentucky Advance
Next articleJoe Graf, Jr. Goes Back to Where It All Began Looking to Finish What He Started Last Year in Menards 250